SOoooooO I've done it... I've cycled to the border! My calves are bigger than ever, Teddy is dirtier than ever, I feel gypsier than ever,  but after those early days in Vietnam where I swore daily I'd be throwing my bike away, I can't believe I survived this far! My gears are absolutely destroyed to the point that it's impossible to pedal on anything more than a 30 degree incline [which really sucks because I'm finally fit enough to pedal uphill]  My chain is half oil, half mangled metal, my shocks are gone and my spokes are poking in every direction except the right ones. But I'm here! I'm finally here! 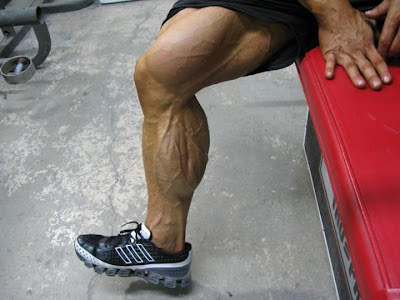 The 125 km ride from Fang to Chiang Rai was phenomenally picturesque and even though I had to push my bike uphill for 11 exceptionally steep killometers, and the road suddenly vanished in places, and the snakes were actually living this time, it was my best day of riding yet! And it sucked me into exploring the area's awesomenesses! 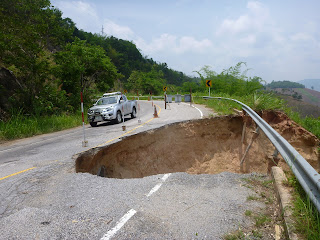 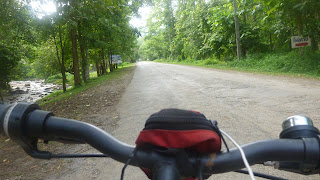 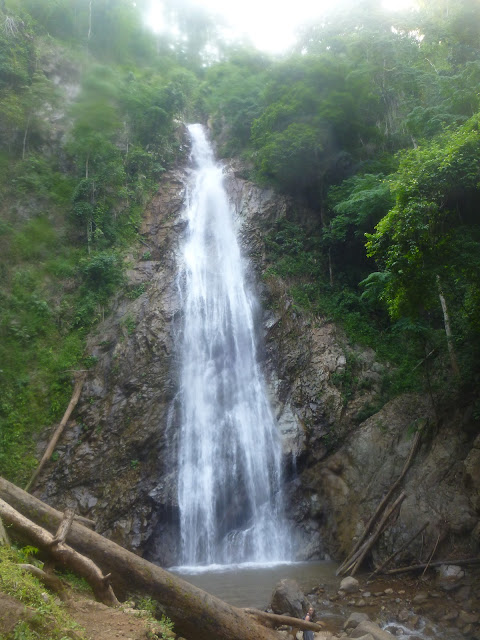 There's something about going to bed at 6 am that starts you off a little shaken and when the roads are half dirt, half stone, half oncoming trucks on a single lane - riding is a little rough!! 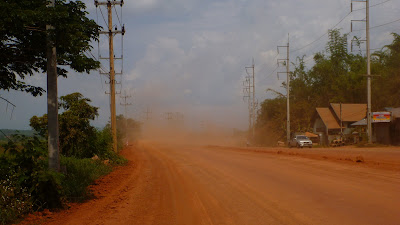 Chiang Saen is great though - while trying to negotiate my way onto a cargo ship, I've met at least half of the town including immigration who assured me my quest was impossible, the customs officials who have great admiration for my Teddy bear but also tell me I'm not going anywhere; I've met the cops who led me to a travel agency specializing in Chinese travel ('Not possible" was their response), I've met the people who used to operate the now cancelled ferry ("too dangerous"), I've met many curios onlookers who just shook their heads and pretended to hold guns and then shook their heads again and I've met Mark.

It's amazing that after so much certainty that I have to cycle to Chiang Khong and take the ferry to Laos first, it takes only one person (Mark) to listen properly to your request and try and understand and it takes only about 24 phone calls, a few interpreters (Chinese, Thai and English) and before you know it you're probably boarding a ship that is probably leaving some time on Monday to somewhere in China. And that's just about more than I could have hoped for at this point.

Apparently today's Saturday which gives me just enough time to finish up Thailand with a few more massages and green curries and good coffees before jetting off into the unknown abyss that is China and it's perfect really - I'm the first person to ever stay at my just opened guesthouse that overlooks the Mekong river and Laos and Myanmar and well, life is pretty brilliant. For now at least; we'll see what Monday holds!