It's 4am and my alarms yelling at me to get up. It's the last thing that I wanted to do after 15 hours of sea sick sailing (It's amazing how throwing up 19 times saps your energy). But I pulled myself together, plastered on a smile and let the day begin. It was carnival Monday and we were in Trinidad.

The five of us piled into the dinghy and hoped for the best. Previous day's discussions with fellow boat people suggested that transport needed to have been pre-arranged weeks in advance and that traffic would be terrible! But as we stepped out of the marina, I held out my thumb and the very first car pulled over and drove us straight to the action in the Port of Spain. 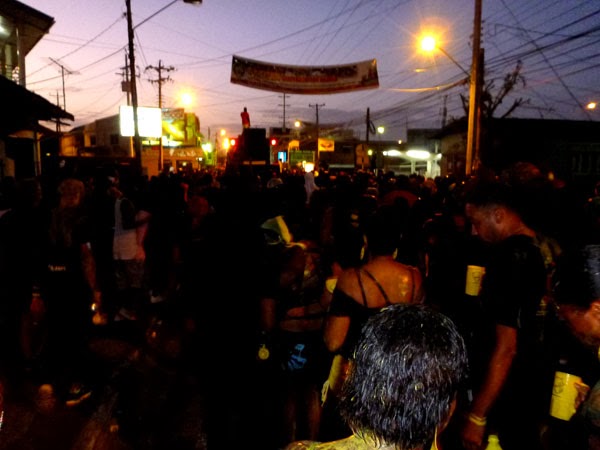 None of us had a clue what to expect, so when we found ourselves in the middle of Jouvert, it was a bit of a shock to the system.

J’Ouvert The official start of Carnival, J’Ouvert takes place before dawn on Carnival Monday and bands of revellers dressed in old clothes cover themselves in oil, grease, paint, chocolate or mud and dance through the streets till the sun comes up.

Within minutes our group had been torn apart by the moroding masses of bumpers and grinders (what appears to be the official and only dance move of the country) and as we passed through the different bands of people we found ourselves getting coated in layer upon layer of mud, various colours of paint, chocolate and I dare to ask what some of the other substances were... What an awesome welcome to Trinidad and Tobago!! 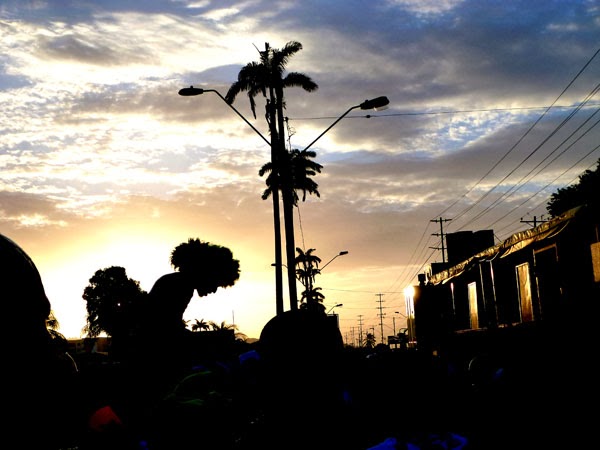 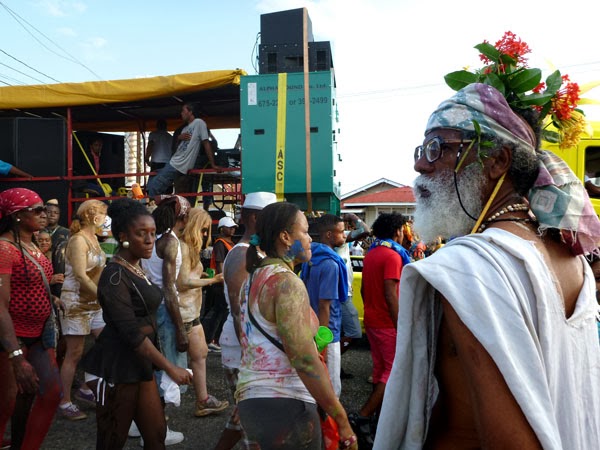 The streets quieted out in the heat of the day and the German (Katrin, my roommate) and I headed off to mingle, bar hop and explore the town. When we returned to the carnival scene we were in a state of shock... we found the whole of the island wondering about in the cleanest, beautifulest and most extravagant clothing imaginable... nobody warned us that we should be looking like this: 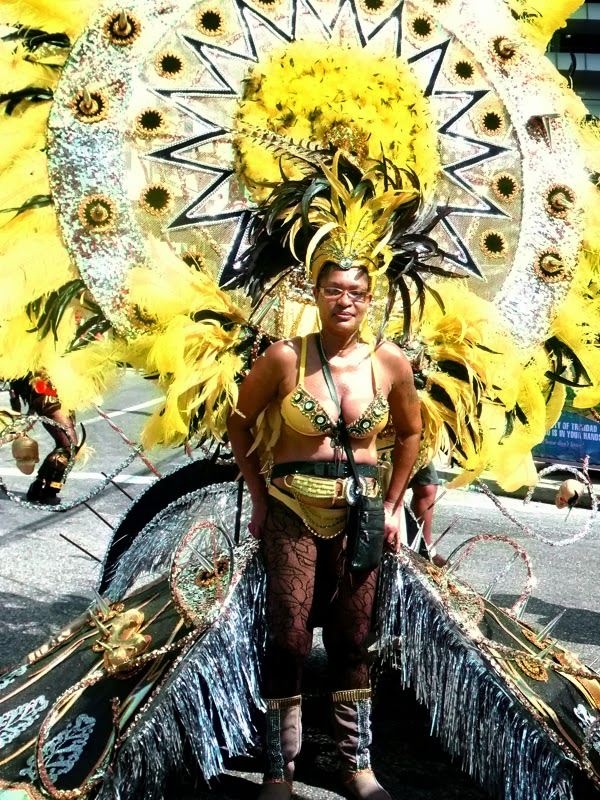 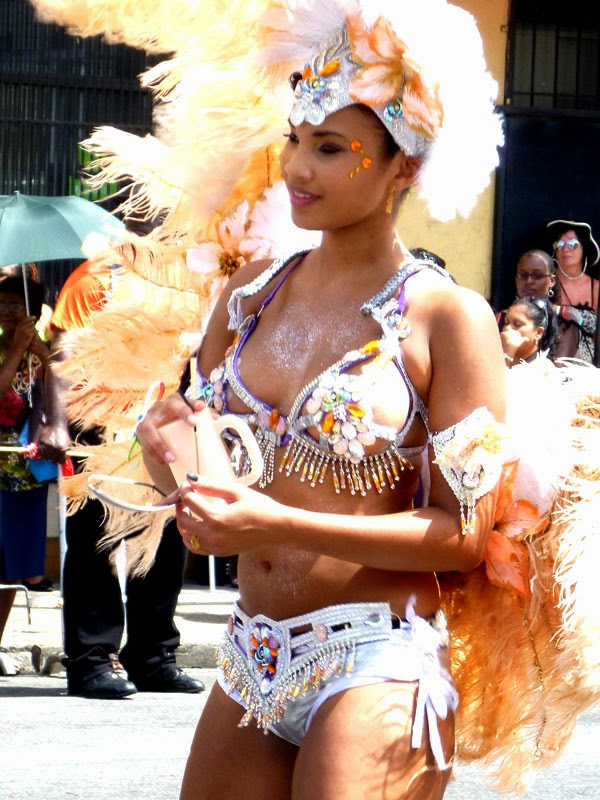 The thing that amazes me the most is how comfortable people are being scantily clad... and they really do pull it off quite well... 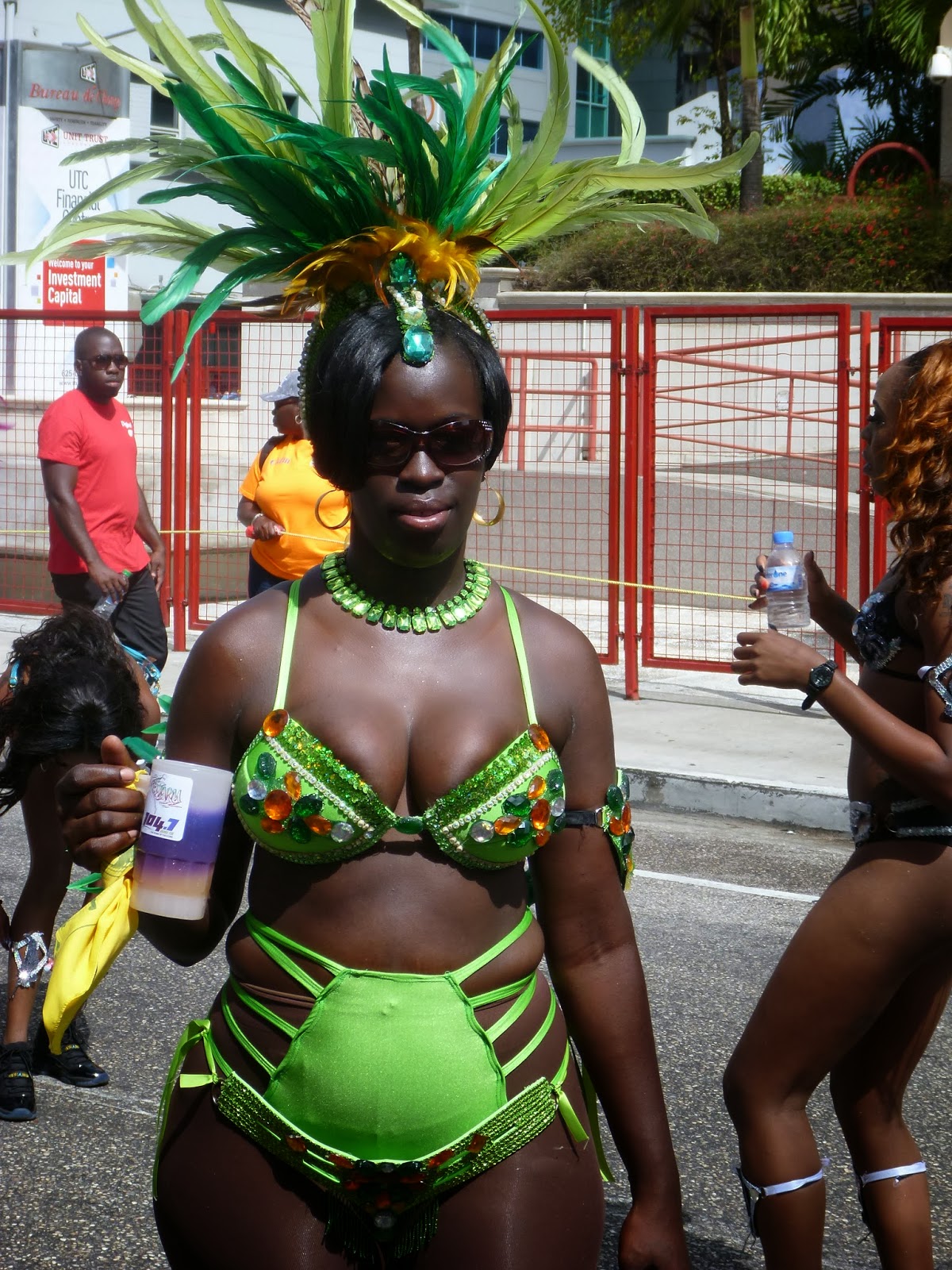 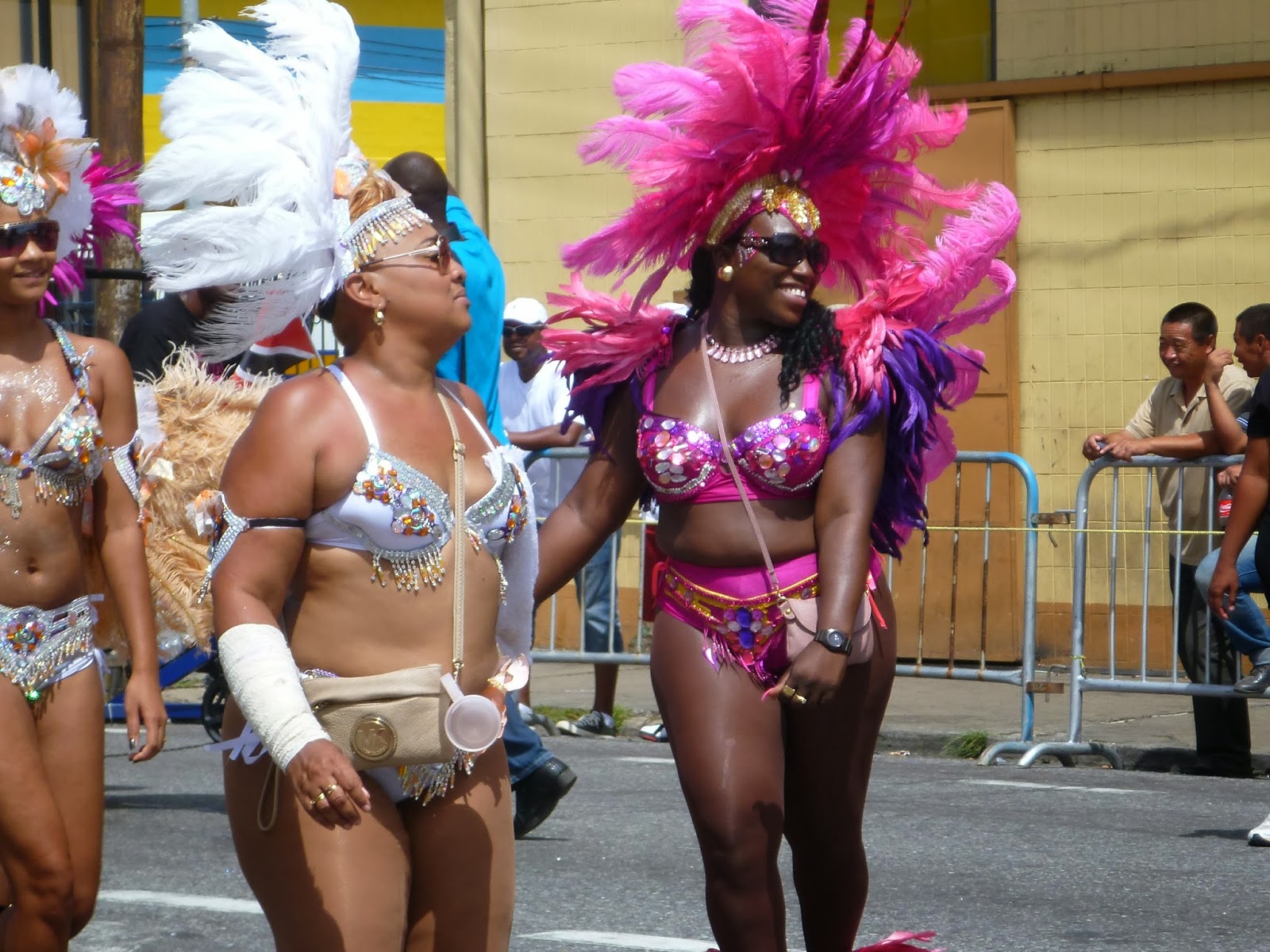 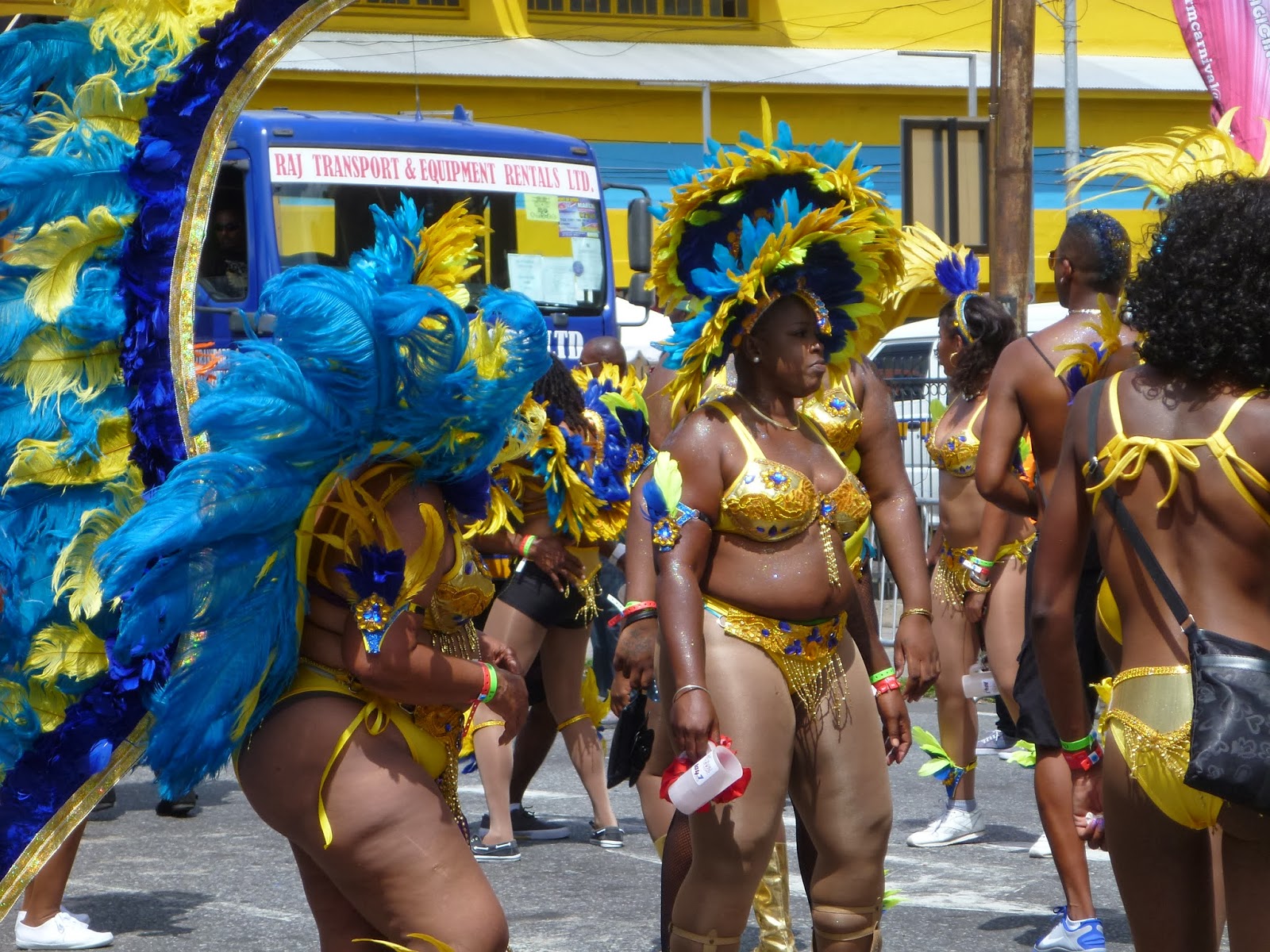 Darkness finally descended and our state of dirtiness was eventually masked to the point that we even managed to hitch a ride home with these guys: 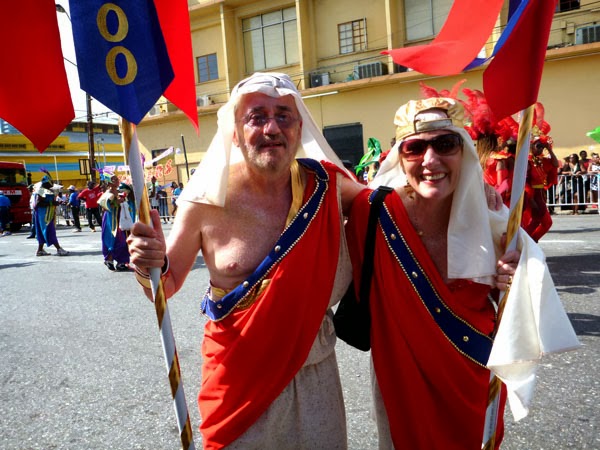 And then began round two. Tuesday left us even more gobsmacked. And fortunately it didn't start nearly as early!

Armed with a teddy bear we headed to land and managed to get a ride into town with the army. A great start to the day! 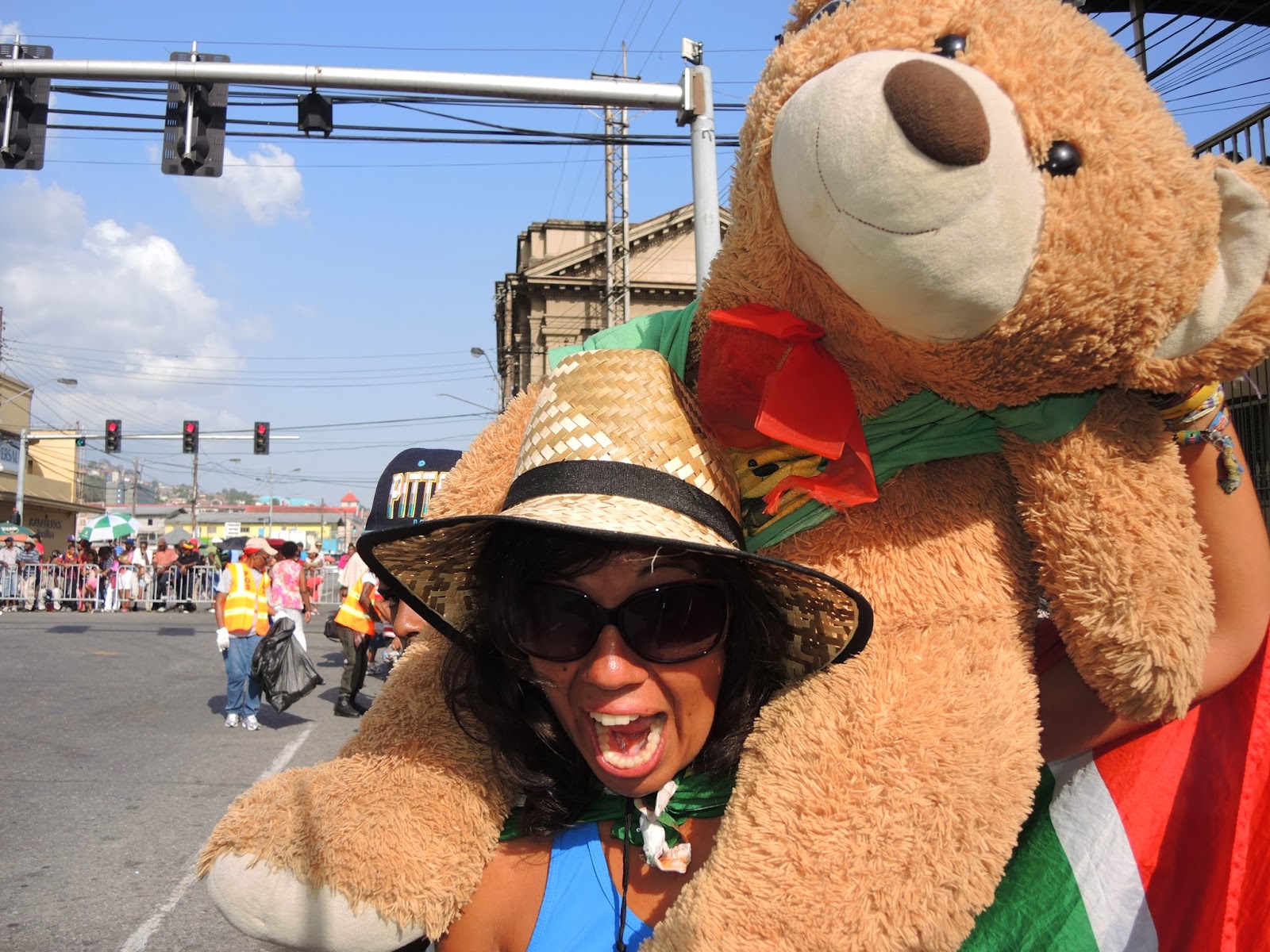 Teddy was a great hit with the ladies: 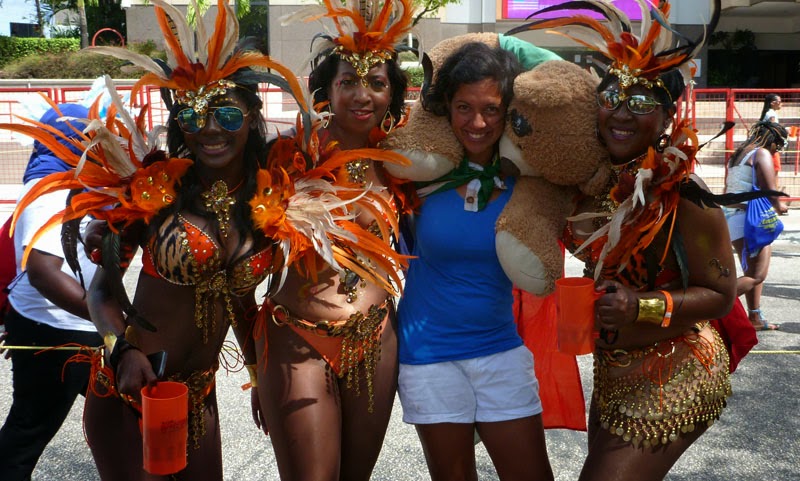 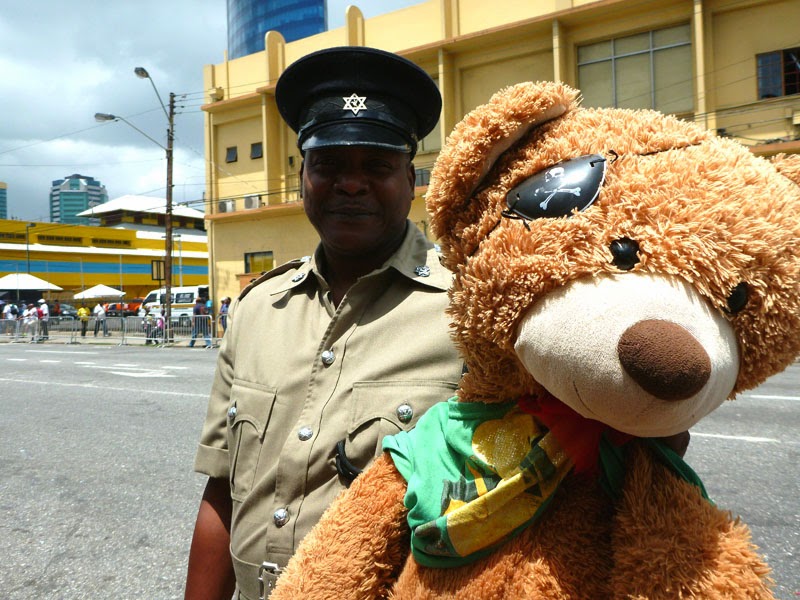 The day just got more and more spectacularish  and while I'm sure carnival in Rio is awesome; the parties in Trinidad are a have to do!!! 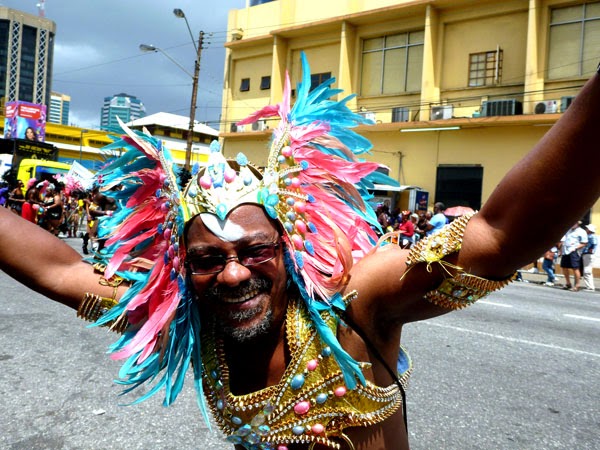 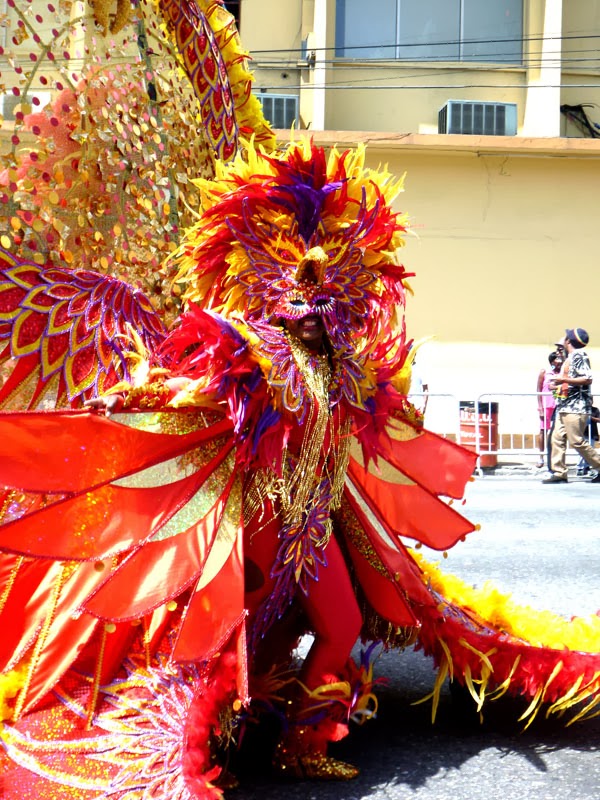 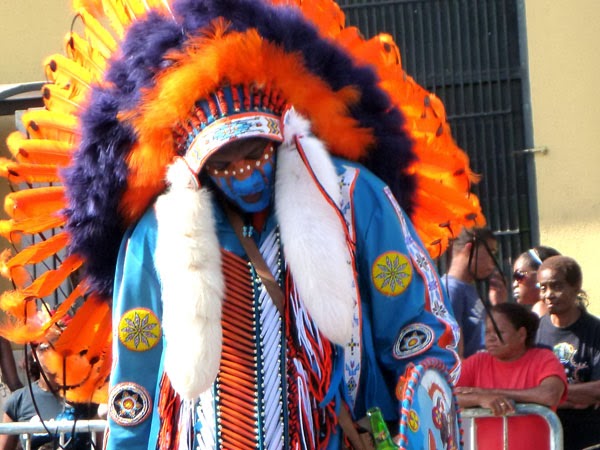 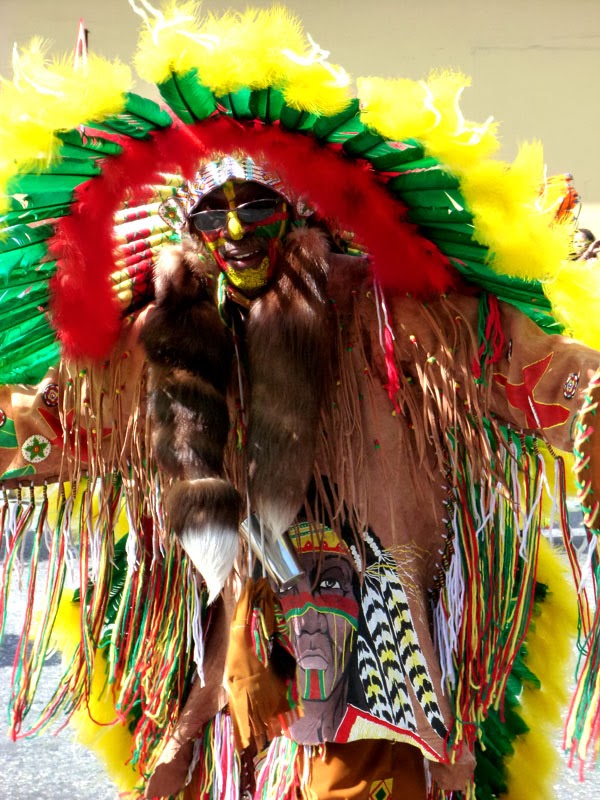 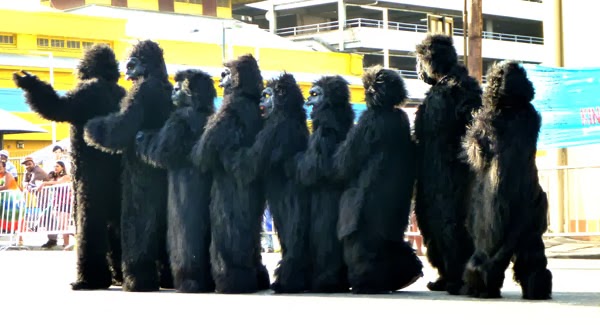 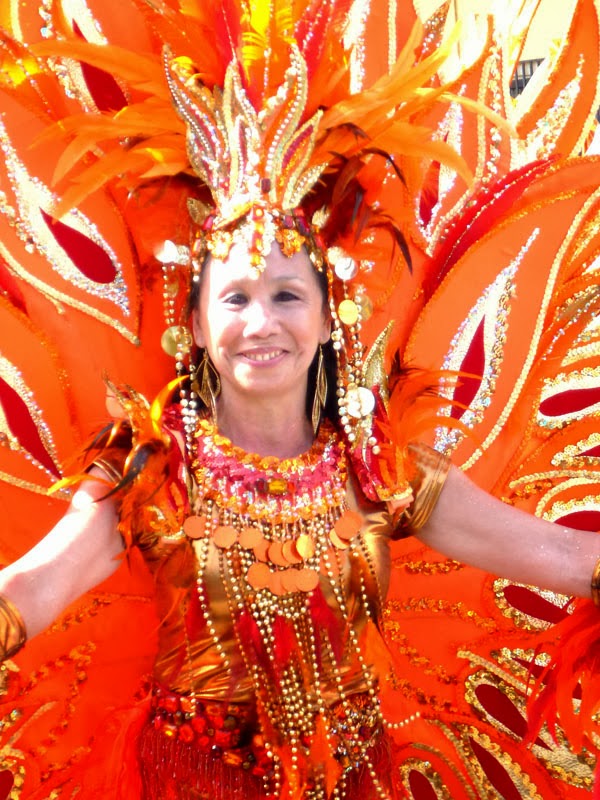 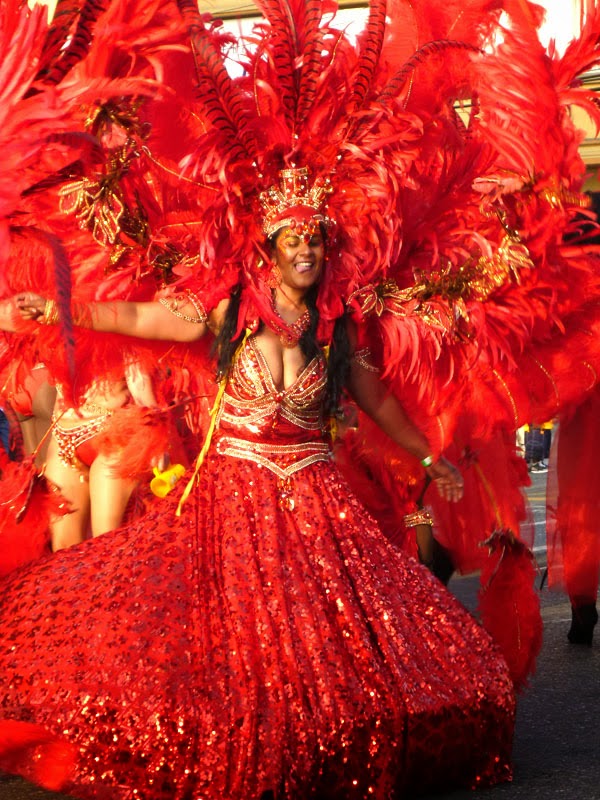 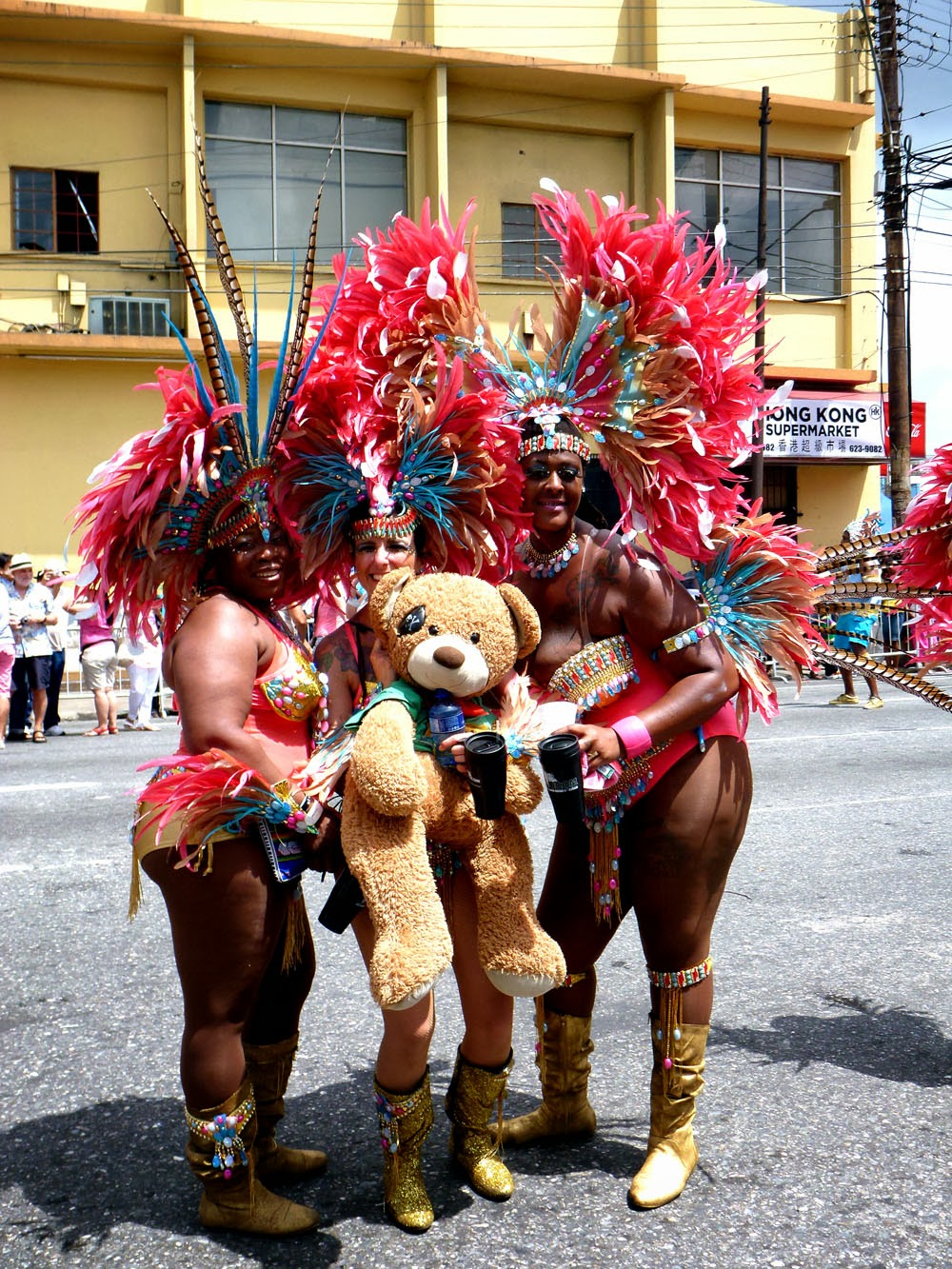 It took us three rides to get home, but everyone we hitched with left us more enthusiastic about the human race and how many good people are out there! Trinidad has a bit of a bad reputation, but from the quality of people I have hung out with this week, I can only say that this country is rich in awesomeness!!!

Carnival's all over for now and most of the country is still lingering with hangovers... but the parties continue for no other reason than life being a celebration.

No matter where you are or whats going on around you, make sure you're living it up because life is short, and you really need to make the most of it!!! 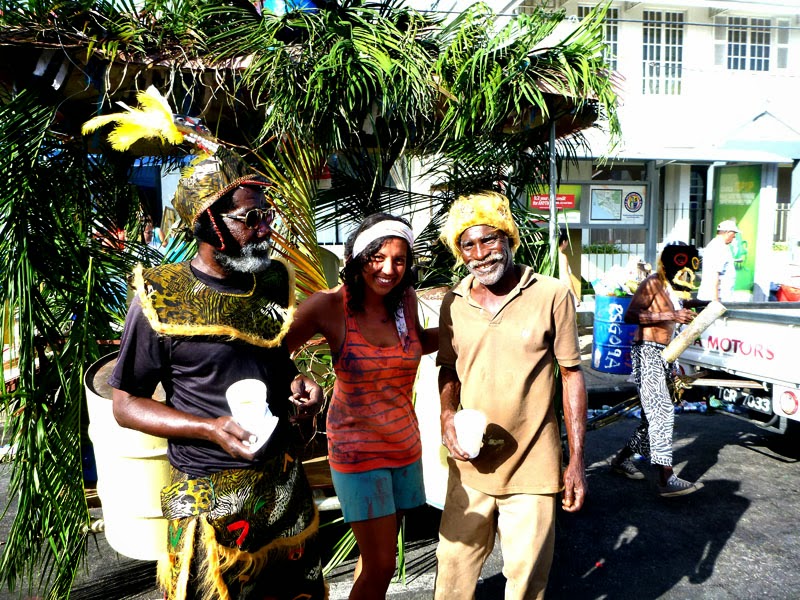 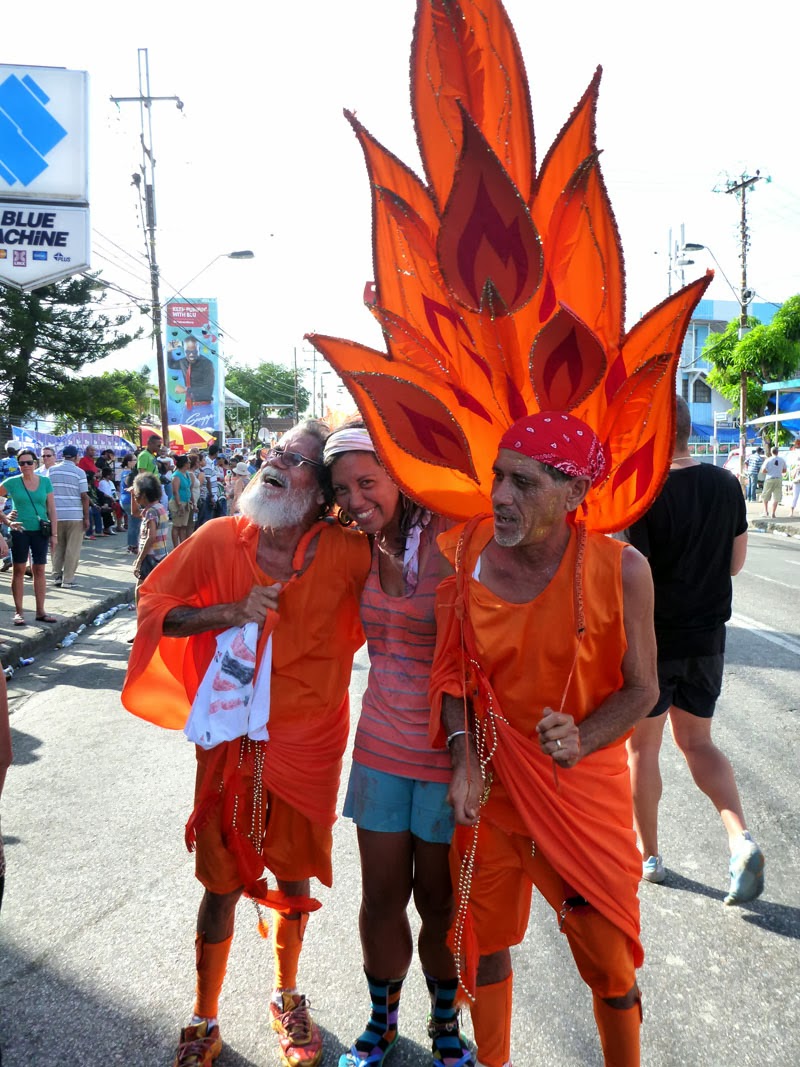