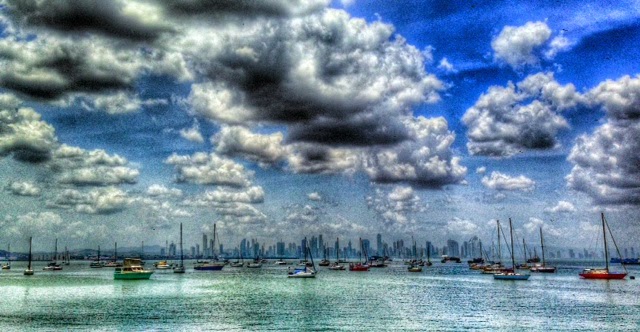 The seas are always bluer on the other side .Or at least they appear to be.
But the surface of Panama city is deceiving.
There's far too much craziness that lies beneath. 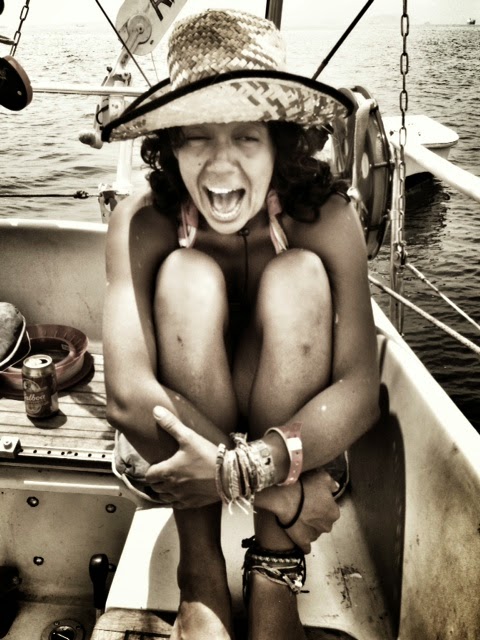 After a couple of days of acclimatizing to the Pacific, my brother arrived and a whole new adventure began. 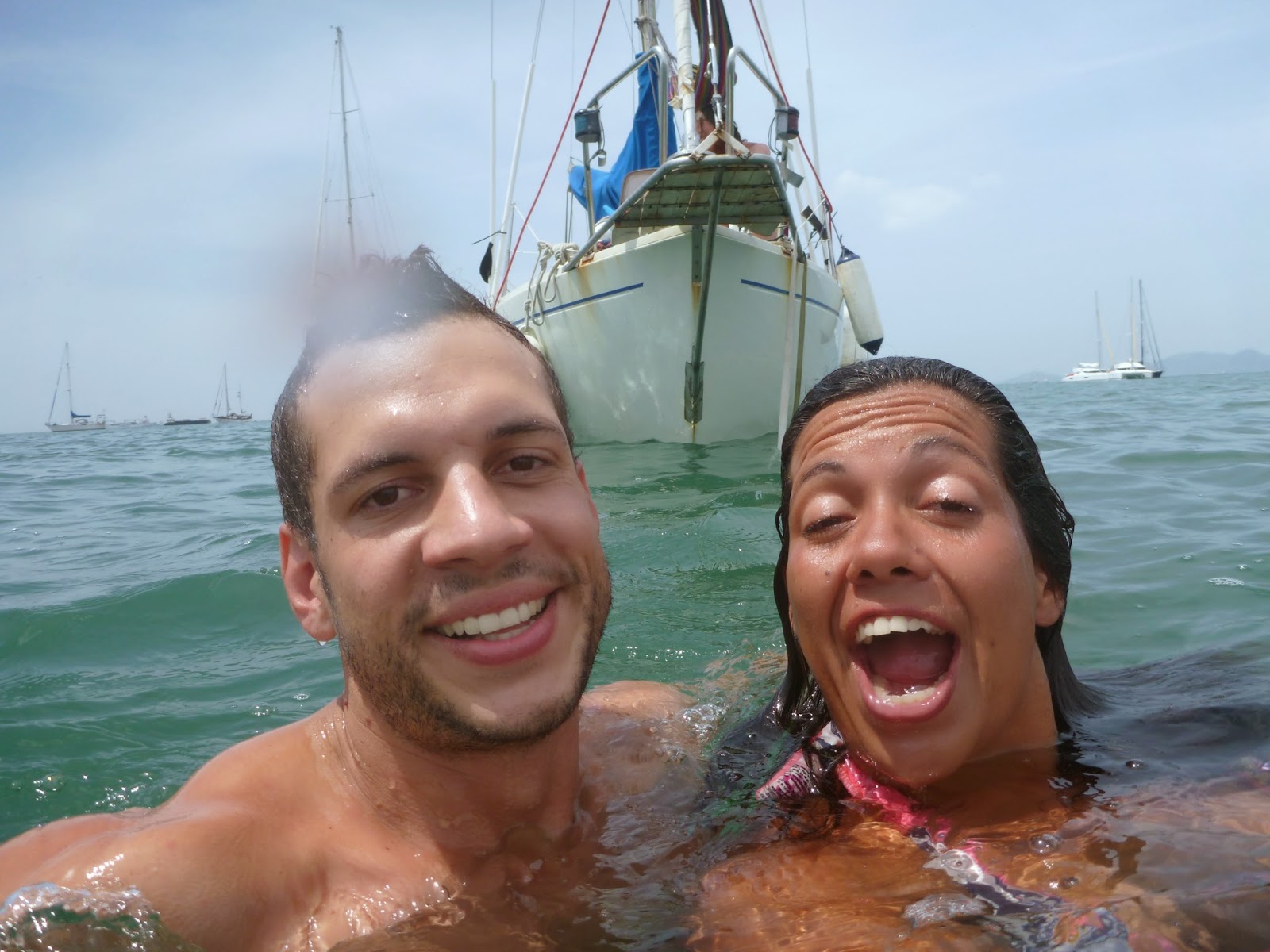 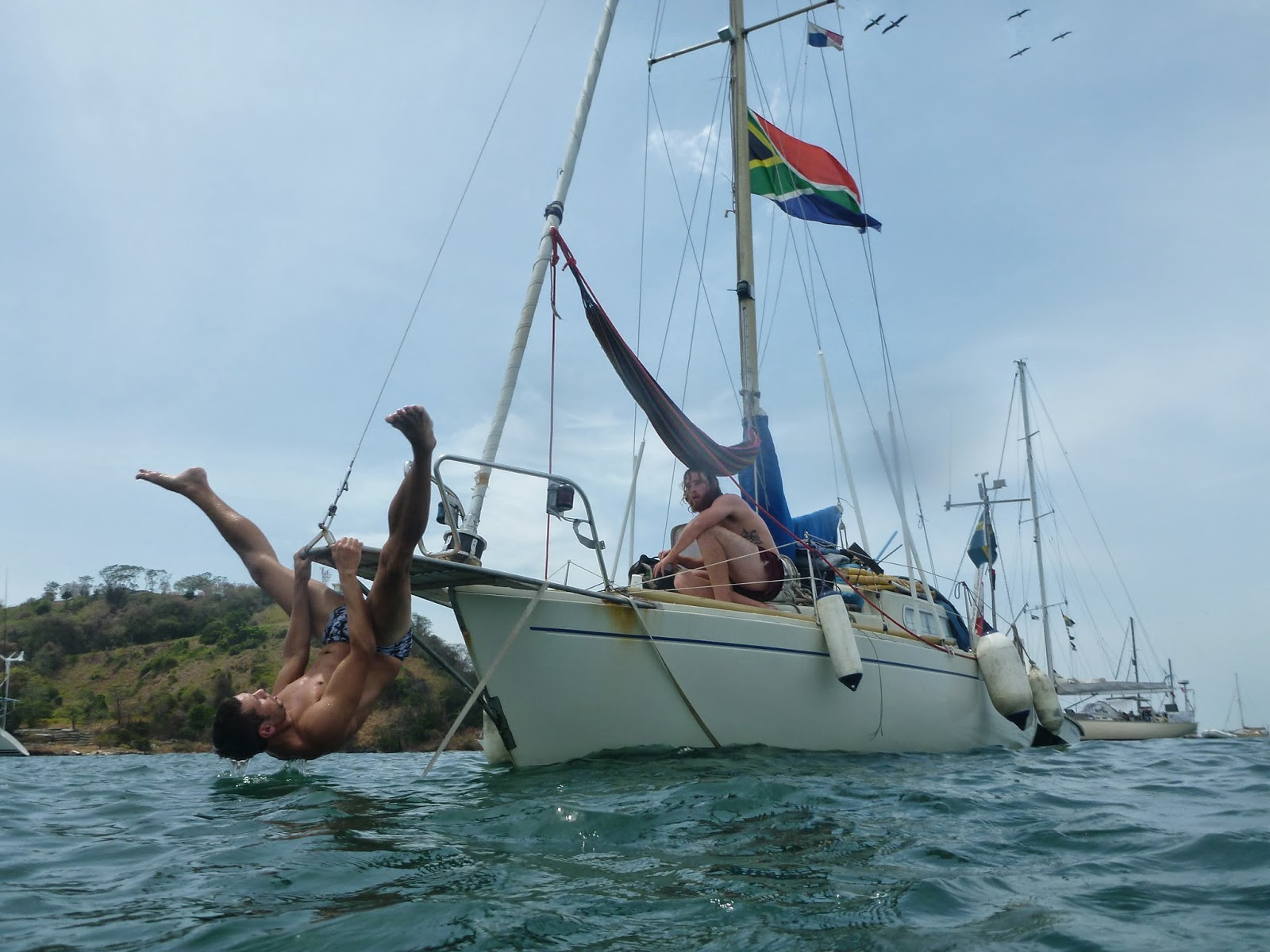 After introducing him to the ways of the boating world, our first sibling bonding involved a day at the hospital after a minor diving accident 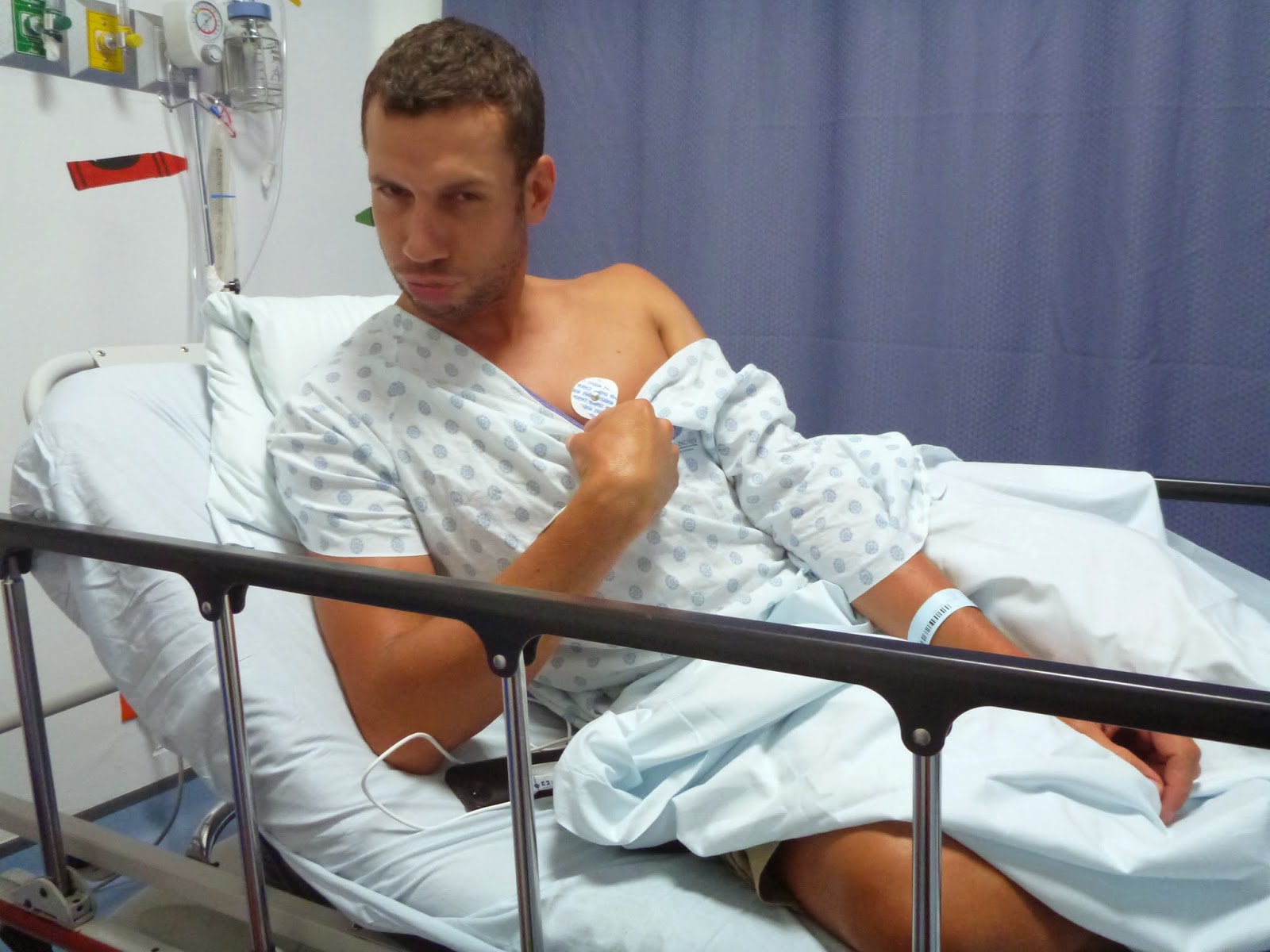 Fortunately he got the clear to disappear into nowhere land for a bit of sailing so we bid a temporary farewell to our new crew and prepared to sail. 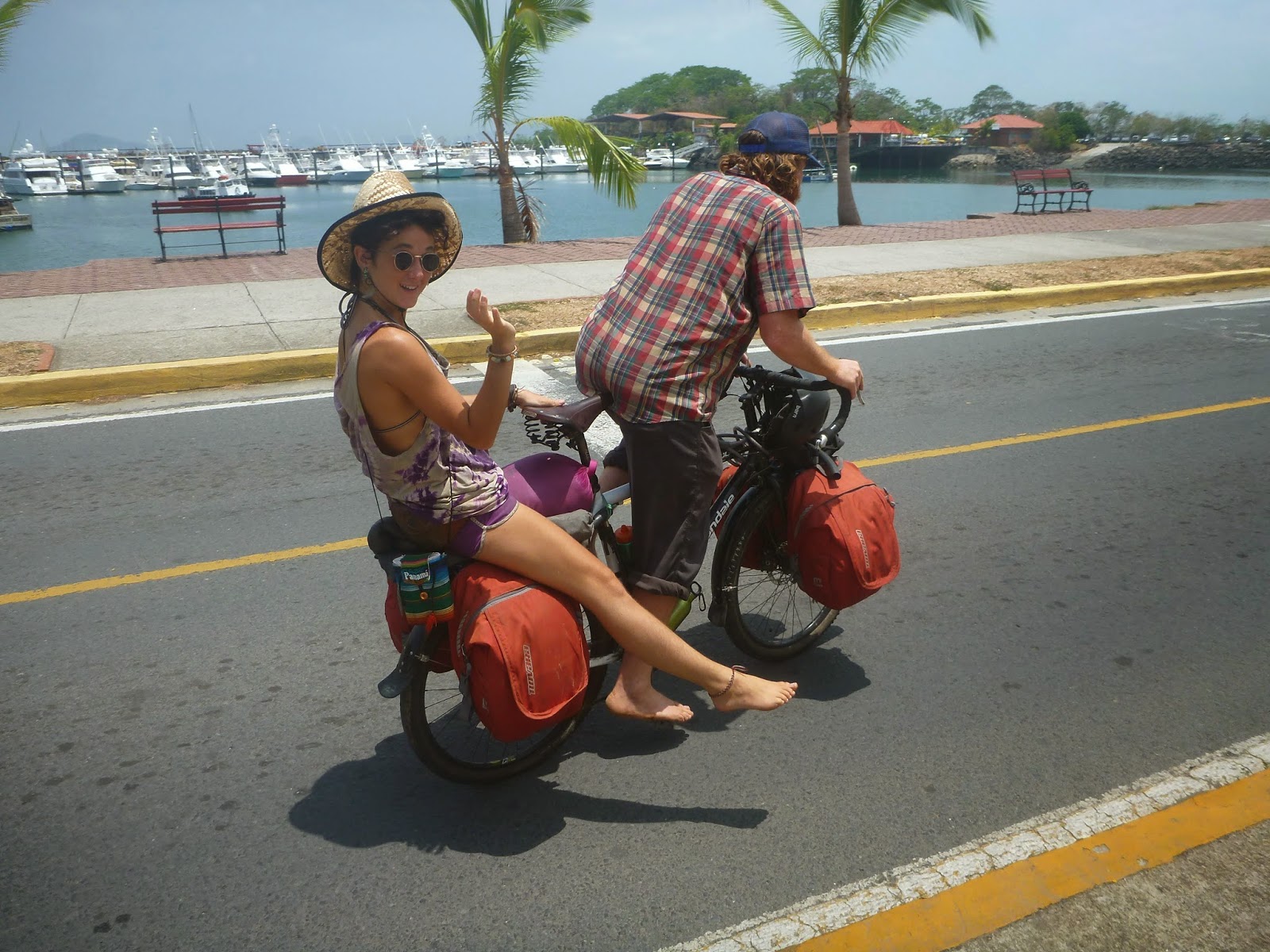 Unfortunately the dinghy sunk on the way out forcing us to consume two bottles of wine to get the corks to plug the drainage holes before leaving. 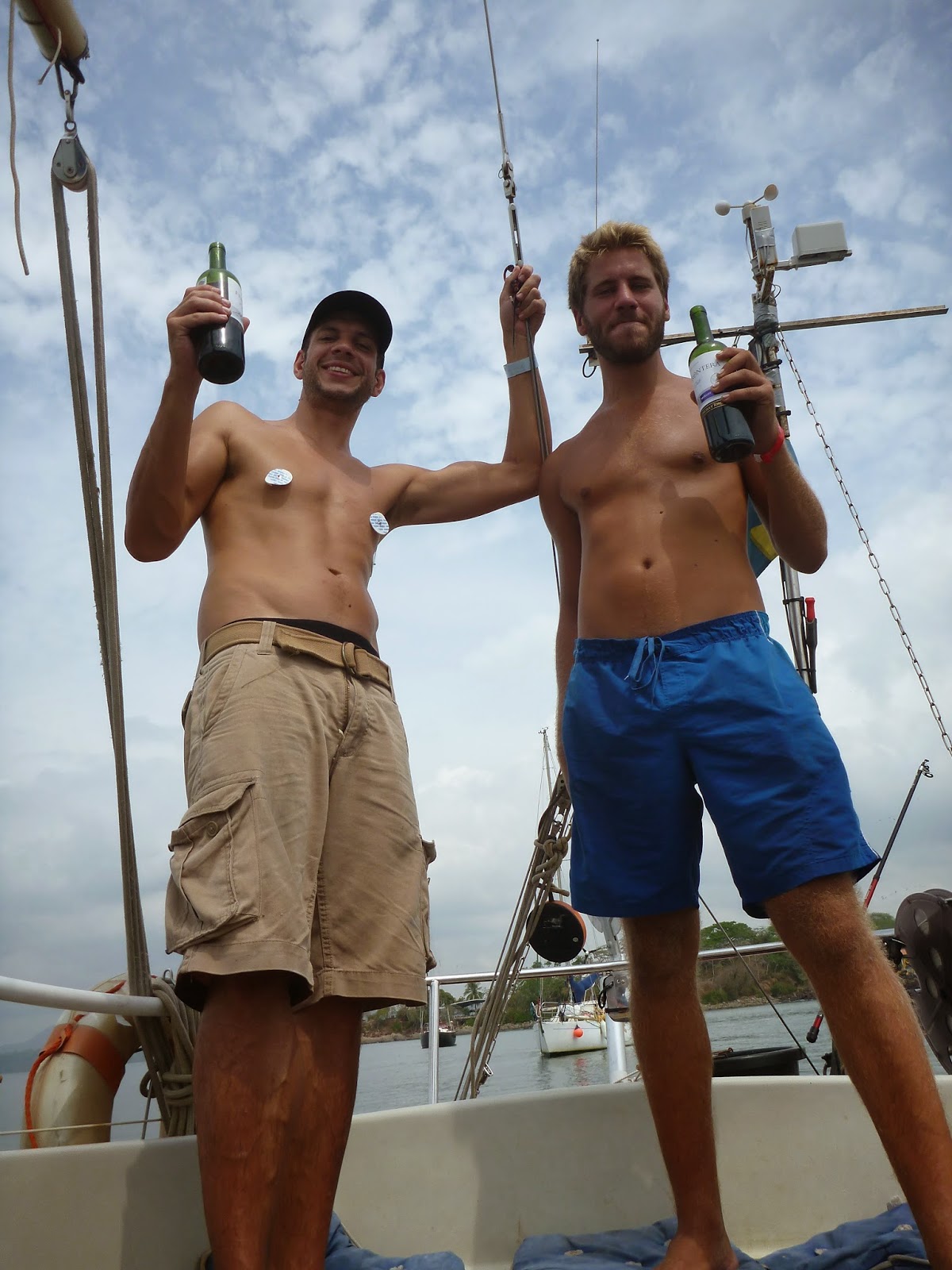 It was a great start to the day and might have spiraled out of control at some point. 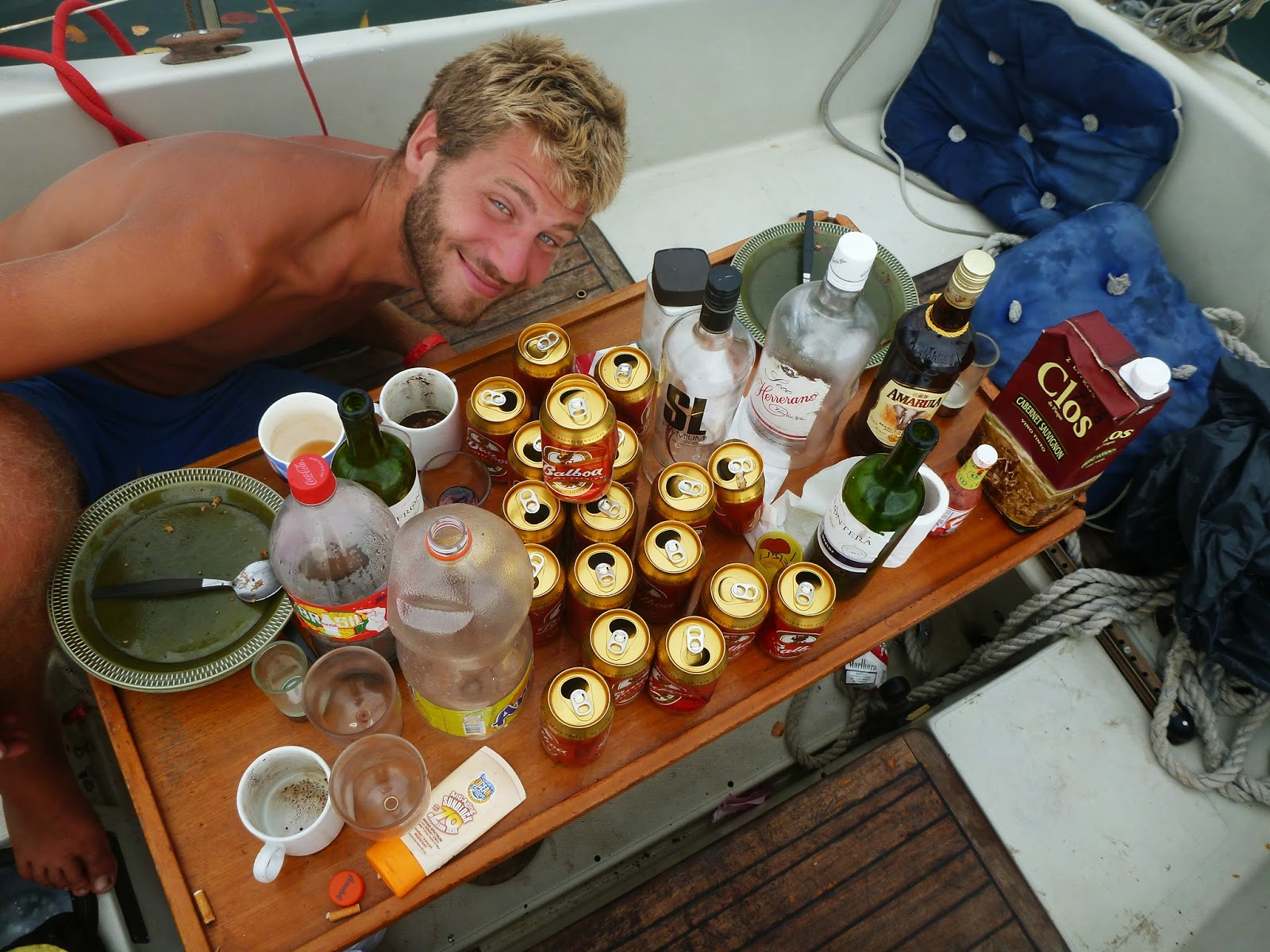 But after a beautiful sunrise, we found ourselves in paradise. 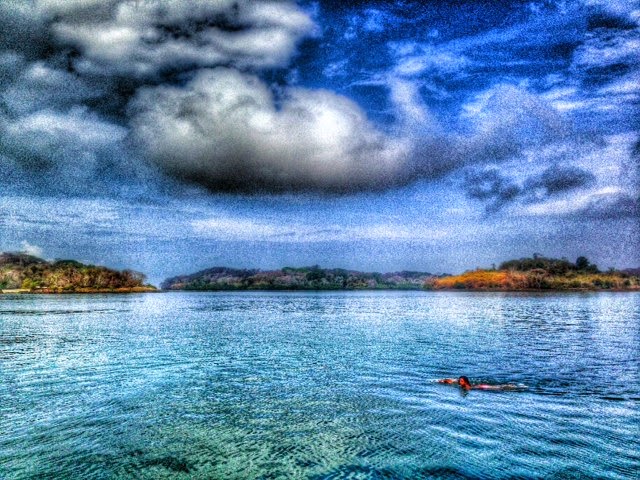 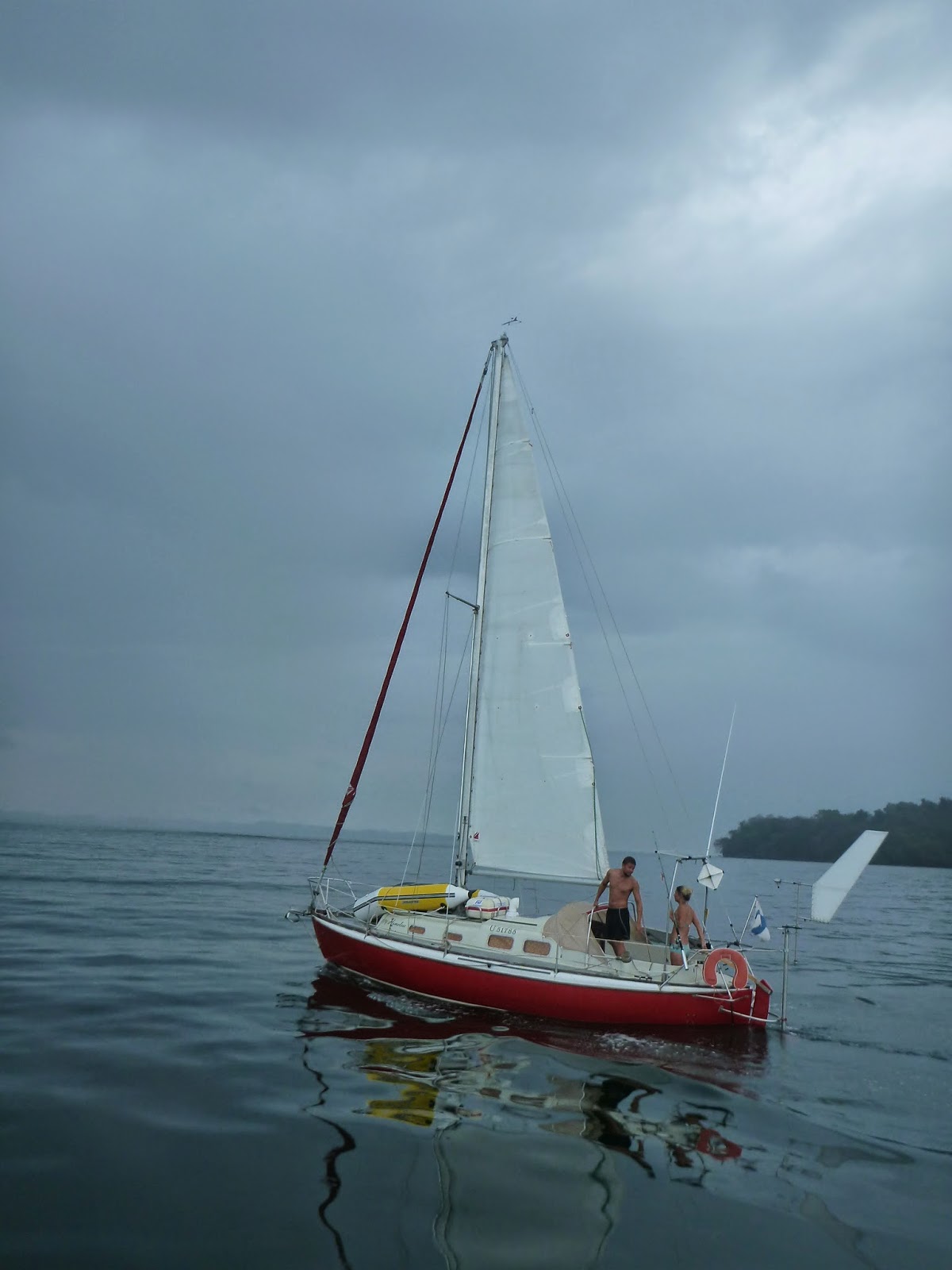 They may have been faster, but they didn't get to drink pinacoladas en route. 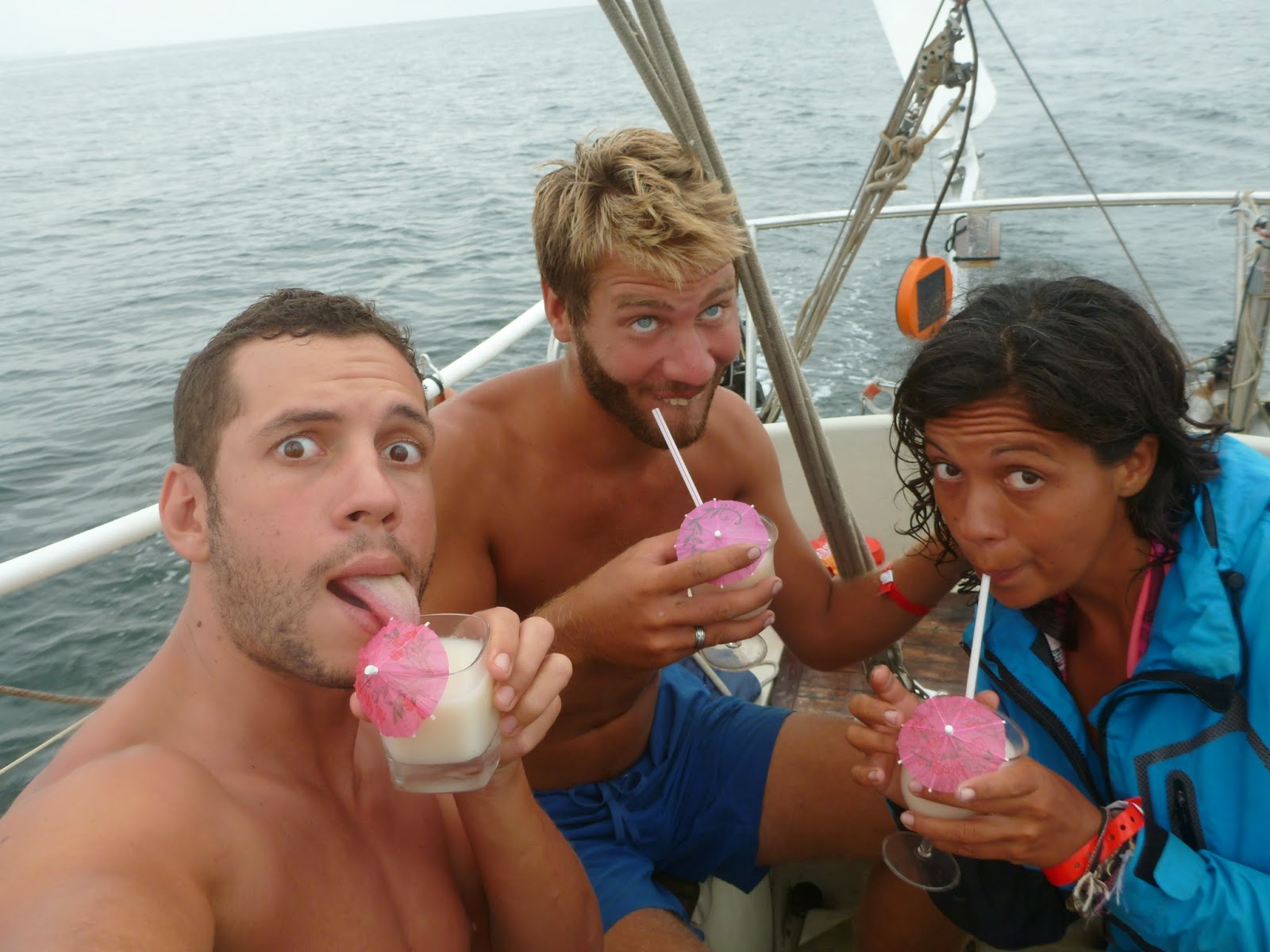 In true Panamanian fashion (this country is crazy), Miko awoke us one morning in desperation. He had a crab in his ear. Karl managed, through much trial and many more errors, to blow smoke rings into his ear canal to bring the crab out. Celebrations were premature though because eventually he ended up with a whole family of them in there 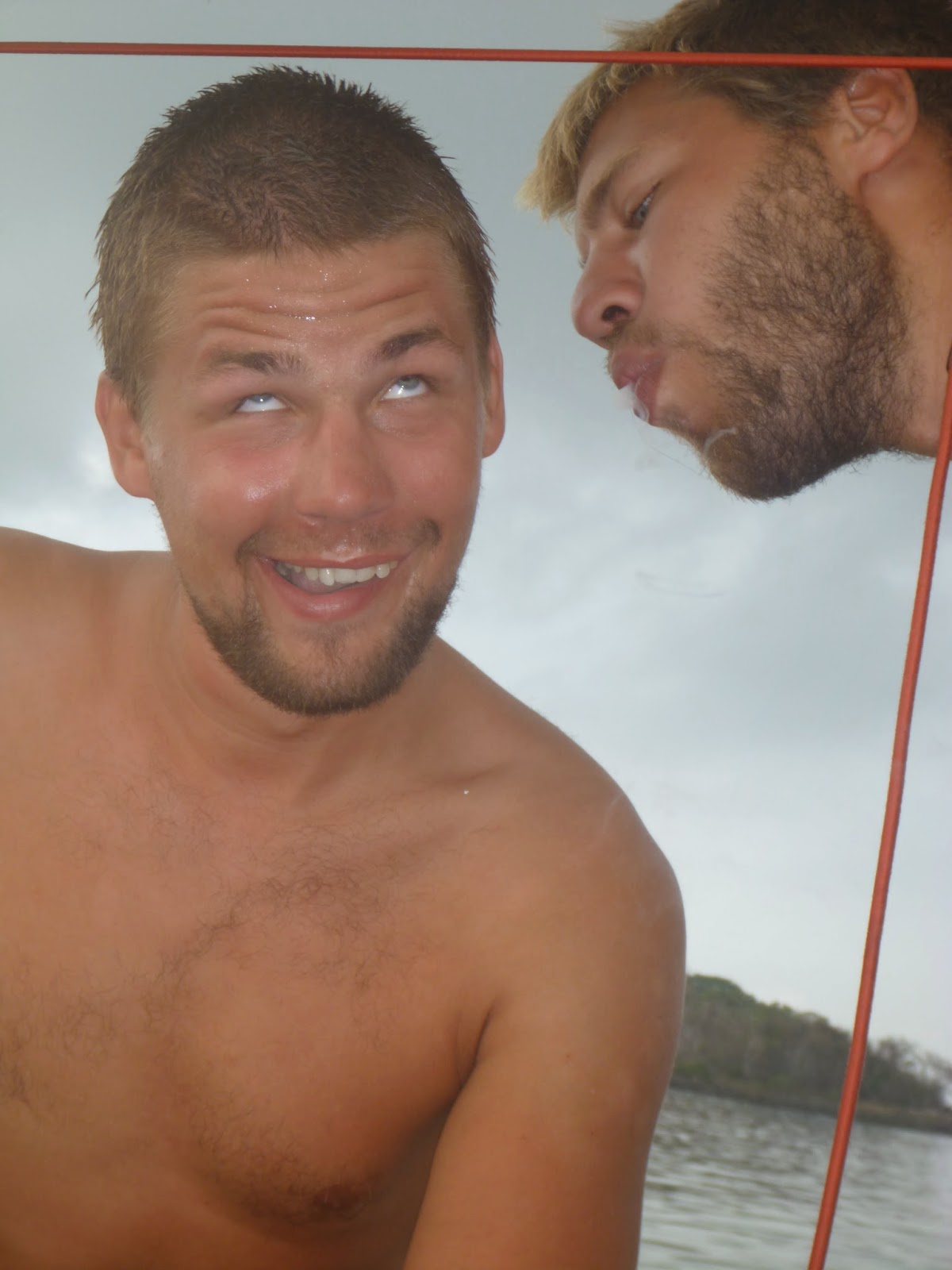 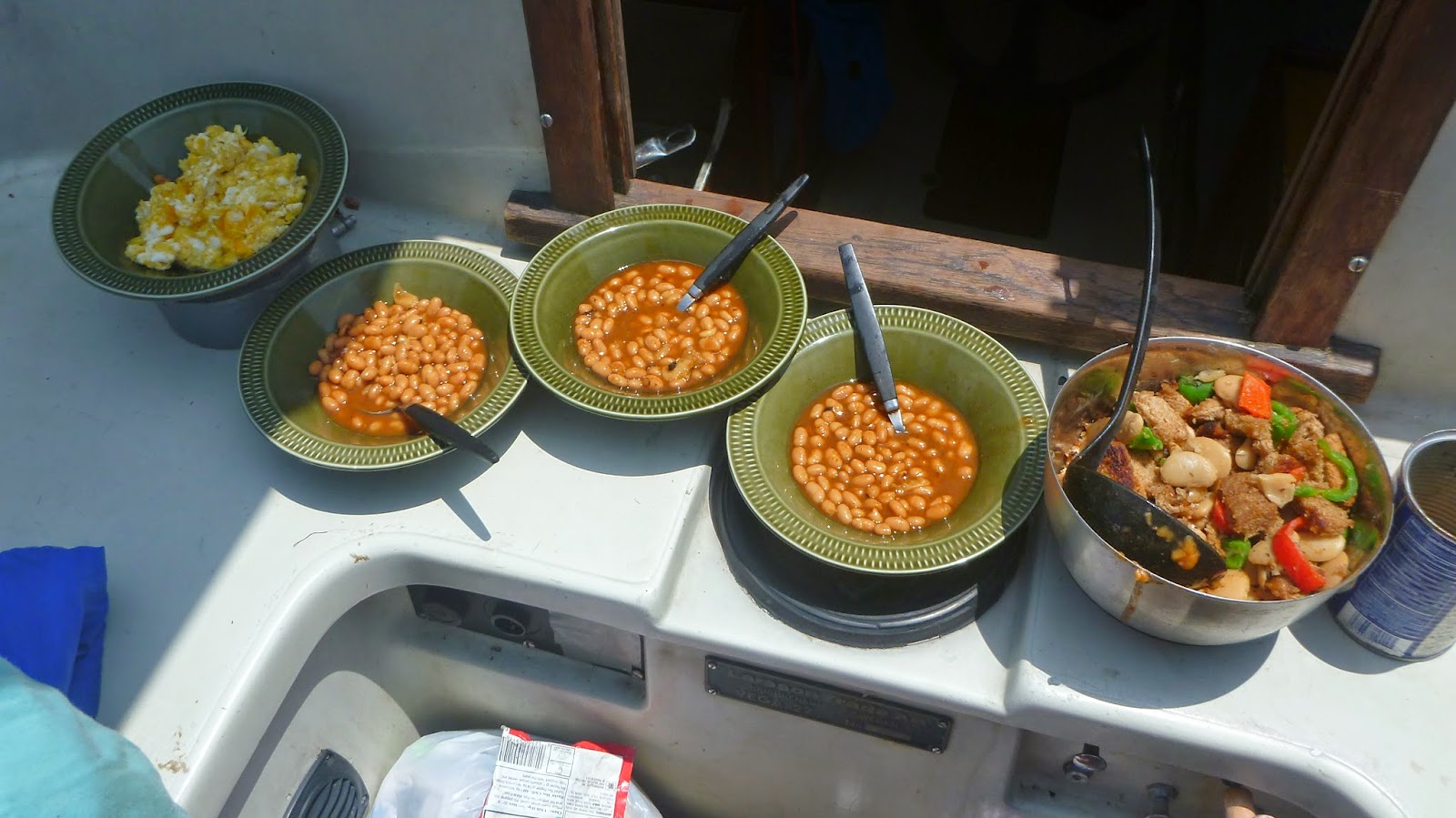 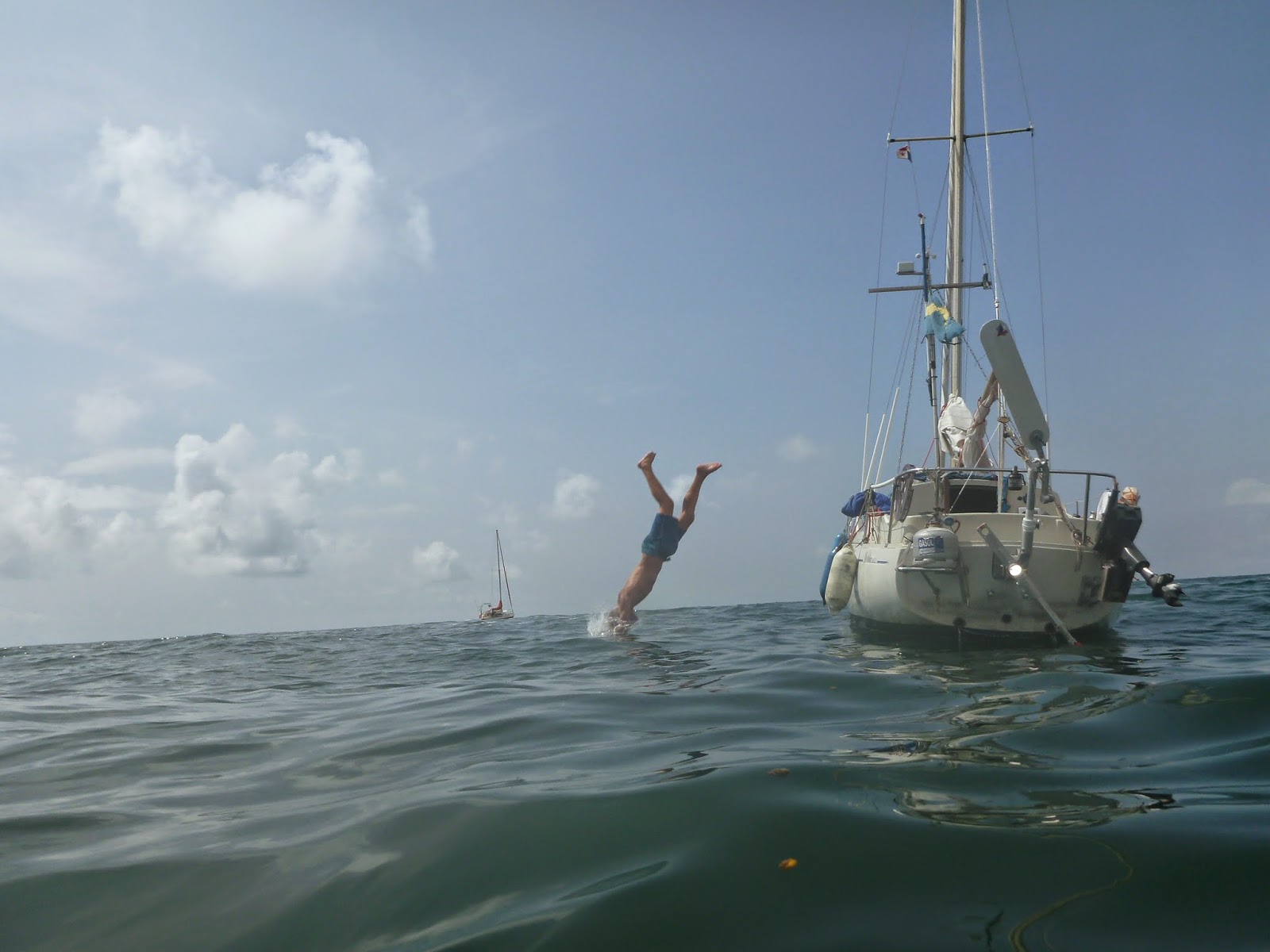 Finally it came time to bid the brother farewell and at 5 am, the captain dinghyed him back to the main land. 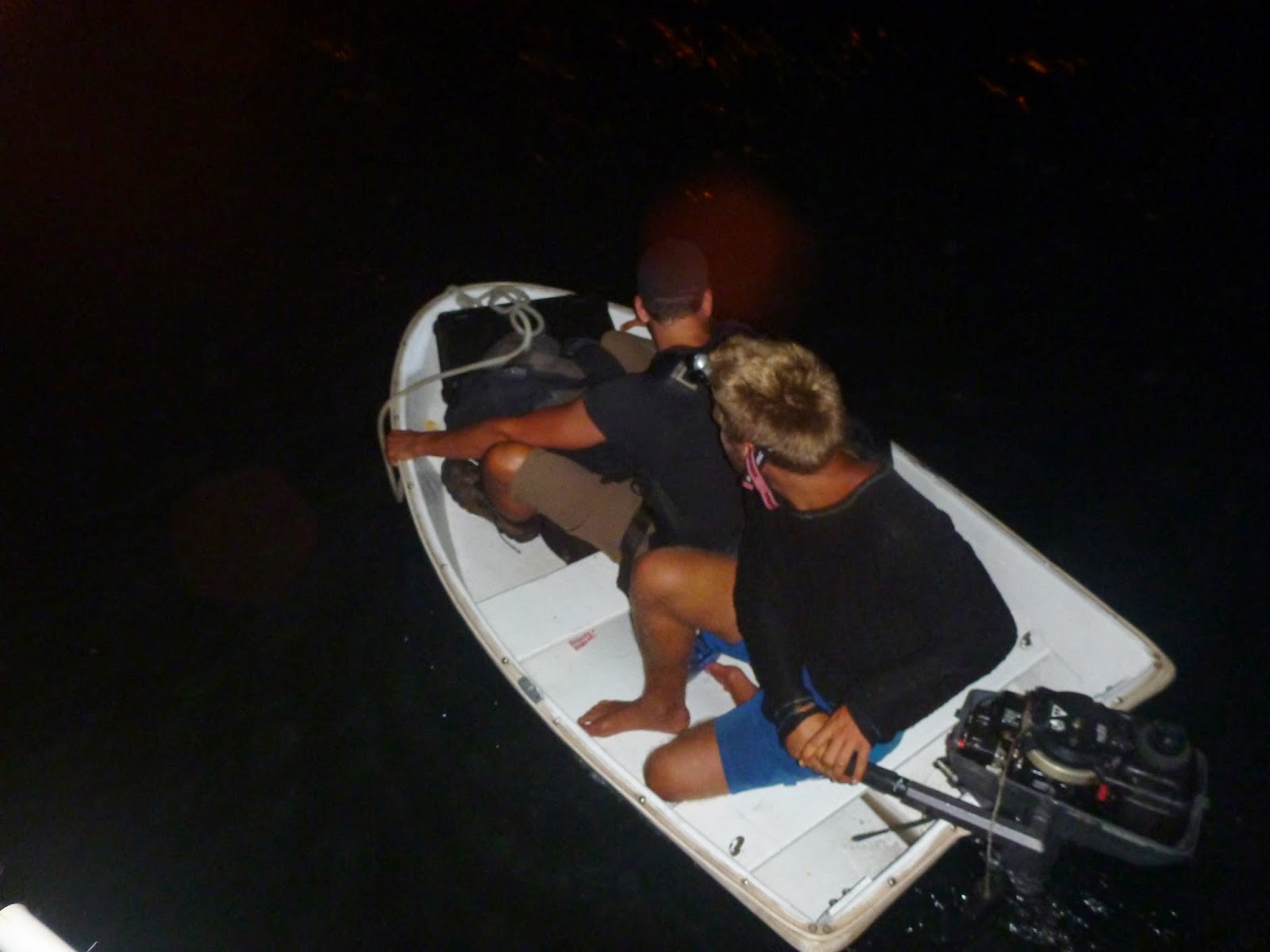 Only hours later, Captian Karl had a very unfortunate run in with a piping hot cup of coffee and had to be rushed to hospital. 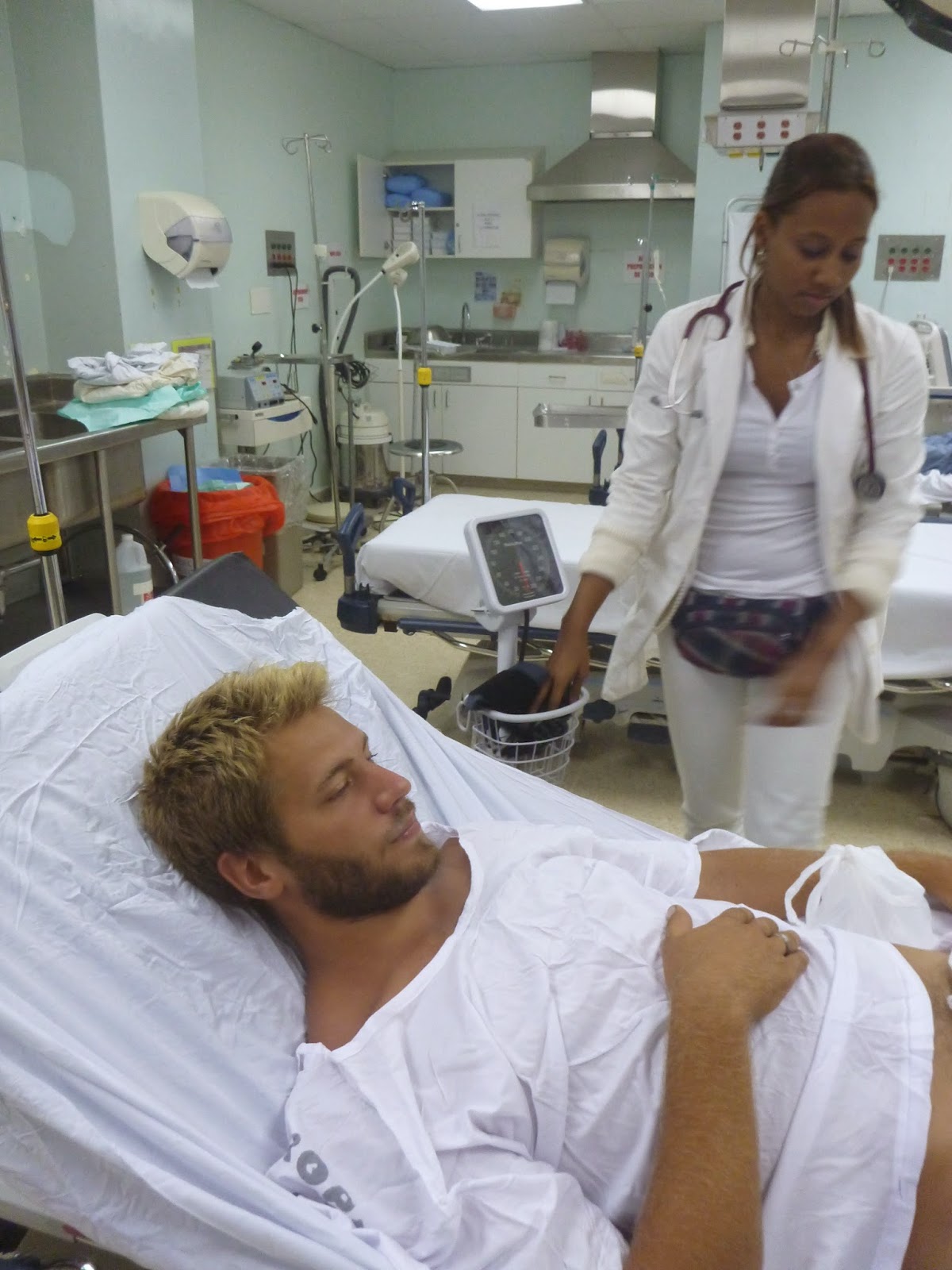 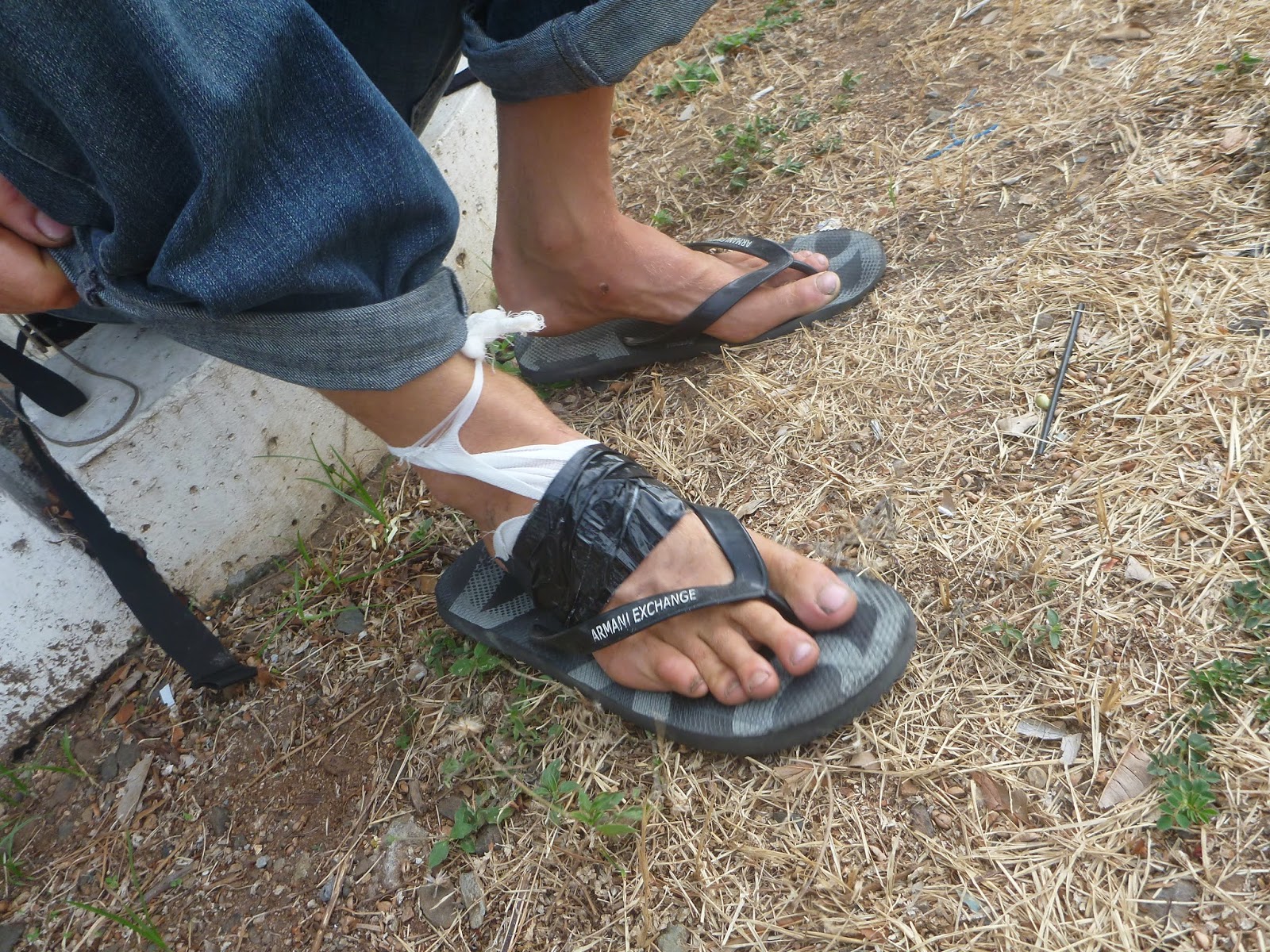 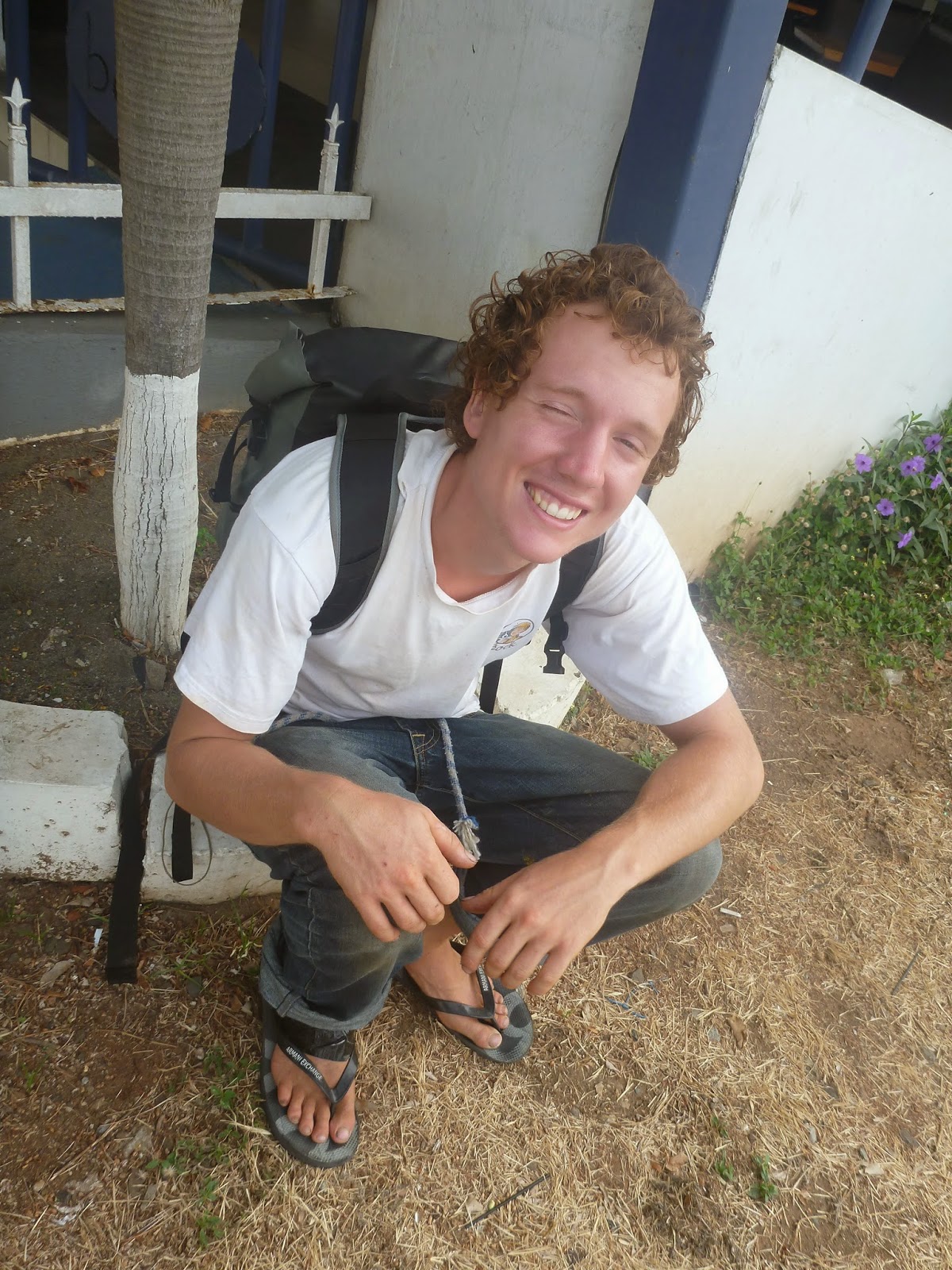 And while I was at it I checked myself as well... Panama breaks people!
Yes, I admitted four people to  hospital in less than a week.

With the captain detained in Santo Thomas hospital, I became the stand in and boat work turned nasty. 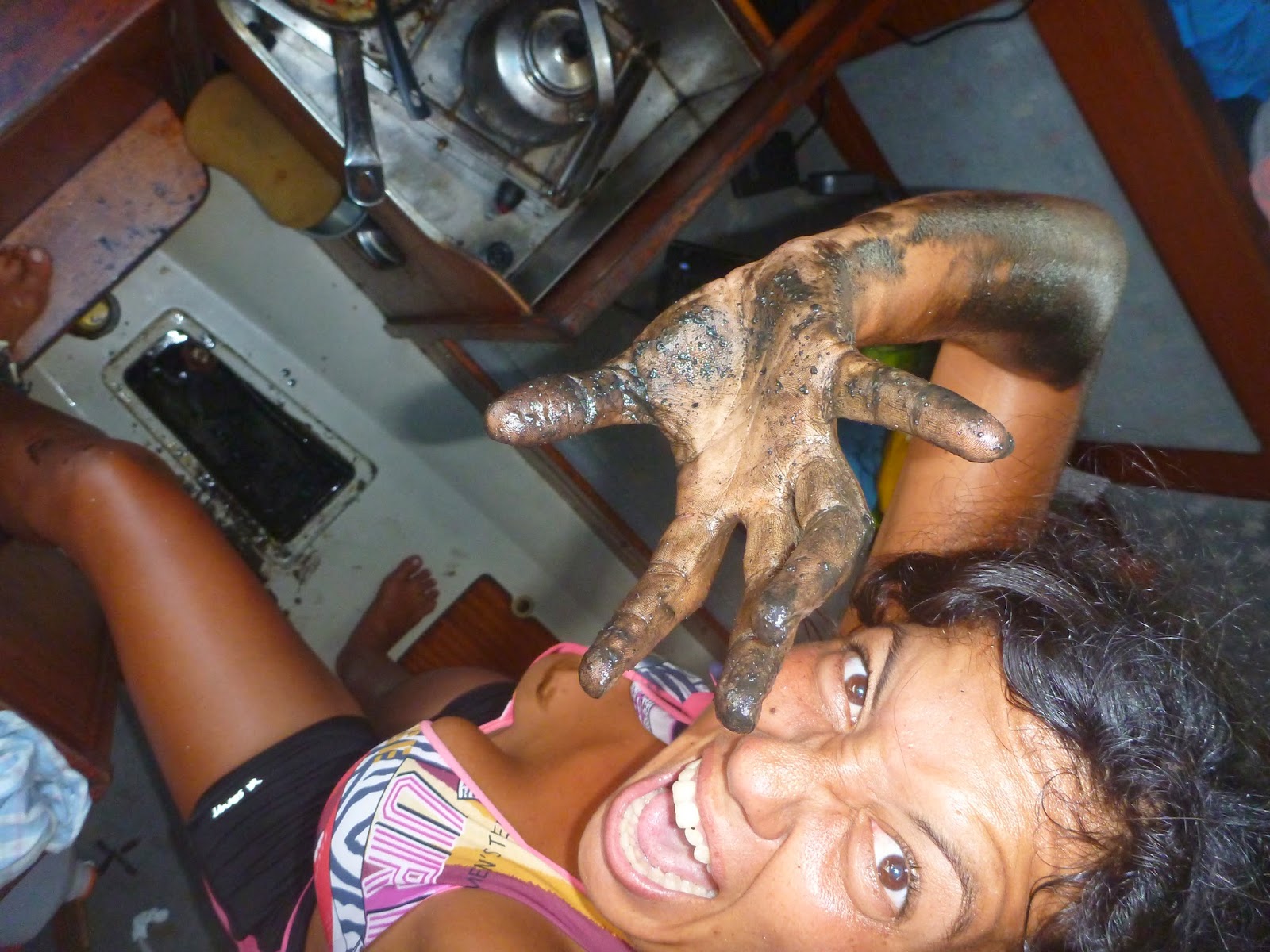 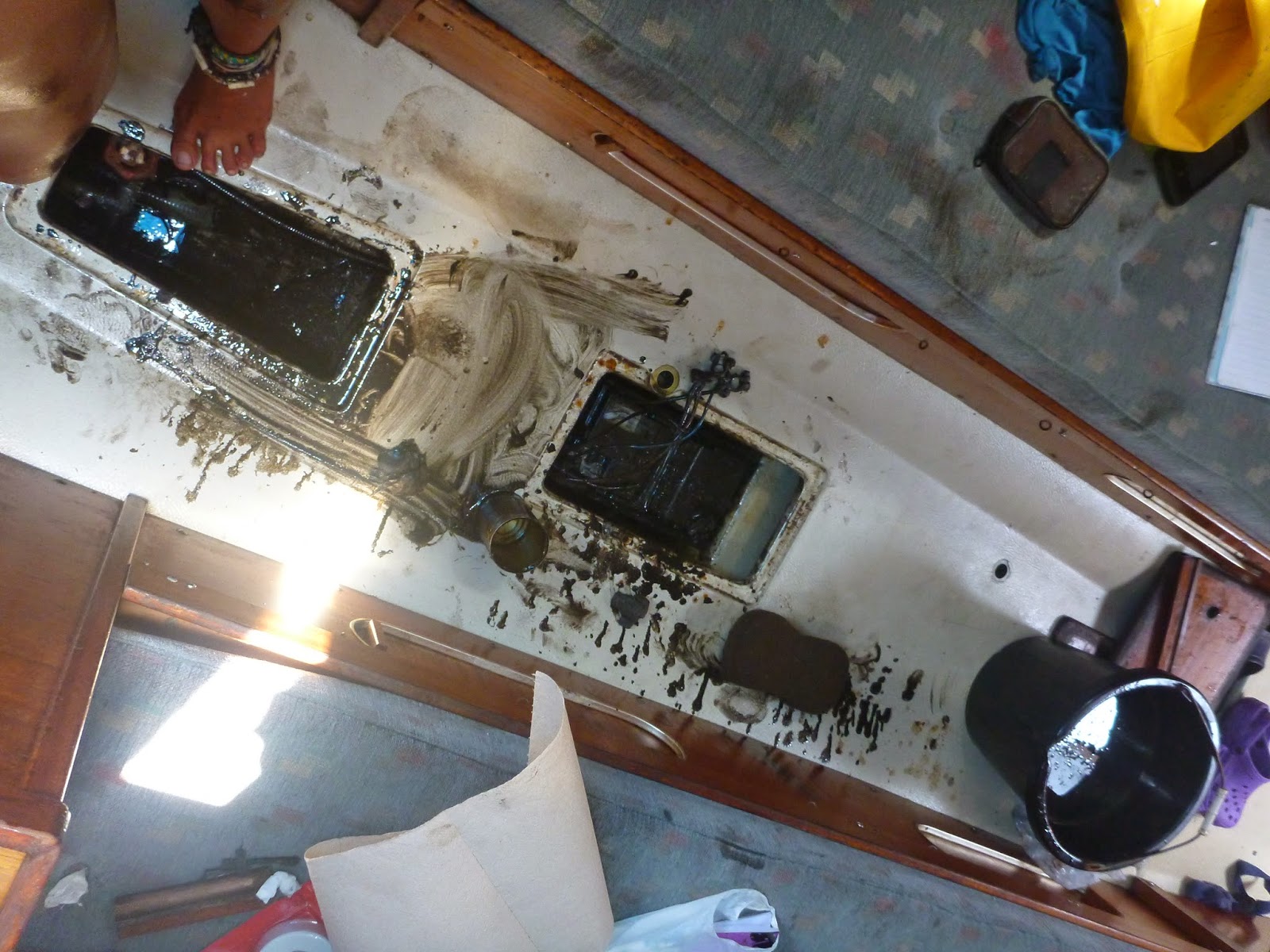 Friends boats set off for the Pacific every day and it was really sad to see them leave
Even Captain Plastic left despite having far too many stitches in both his feet. 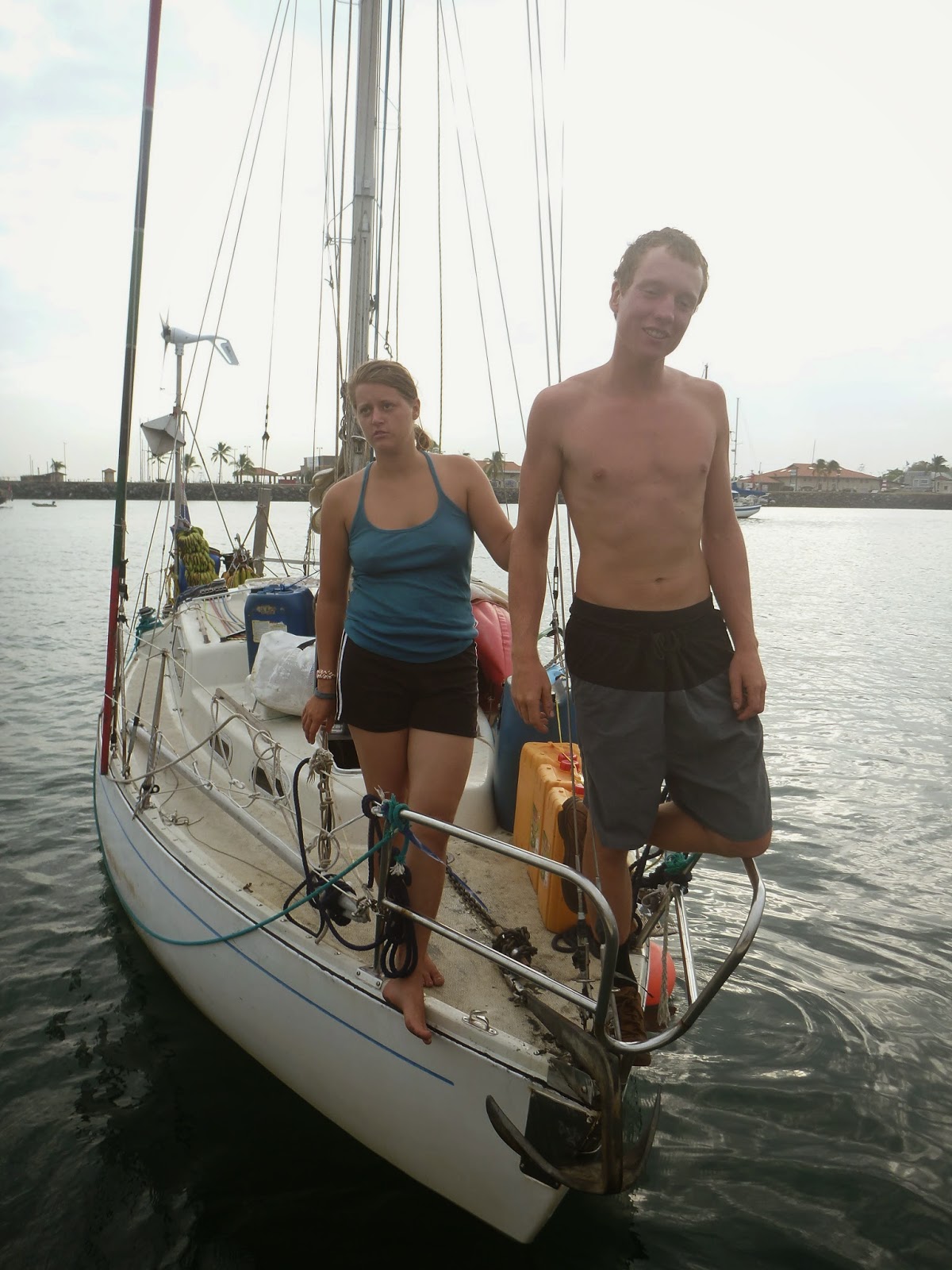 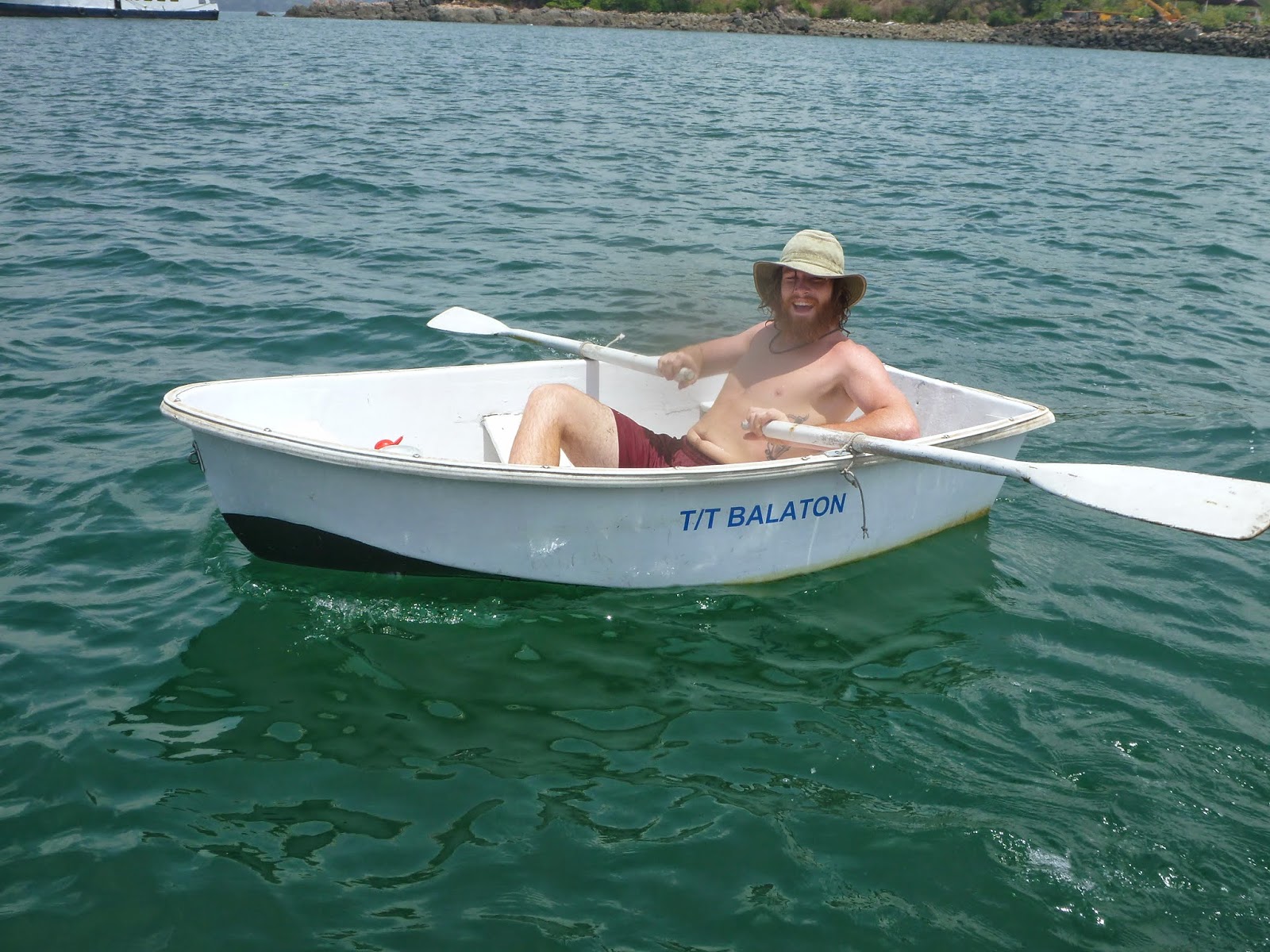 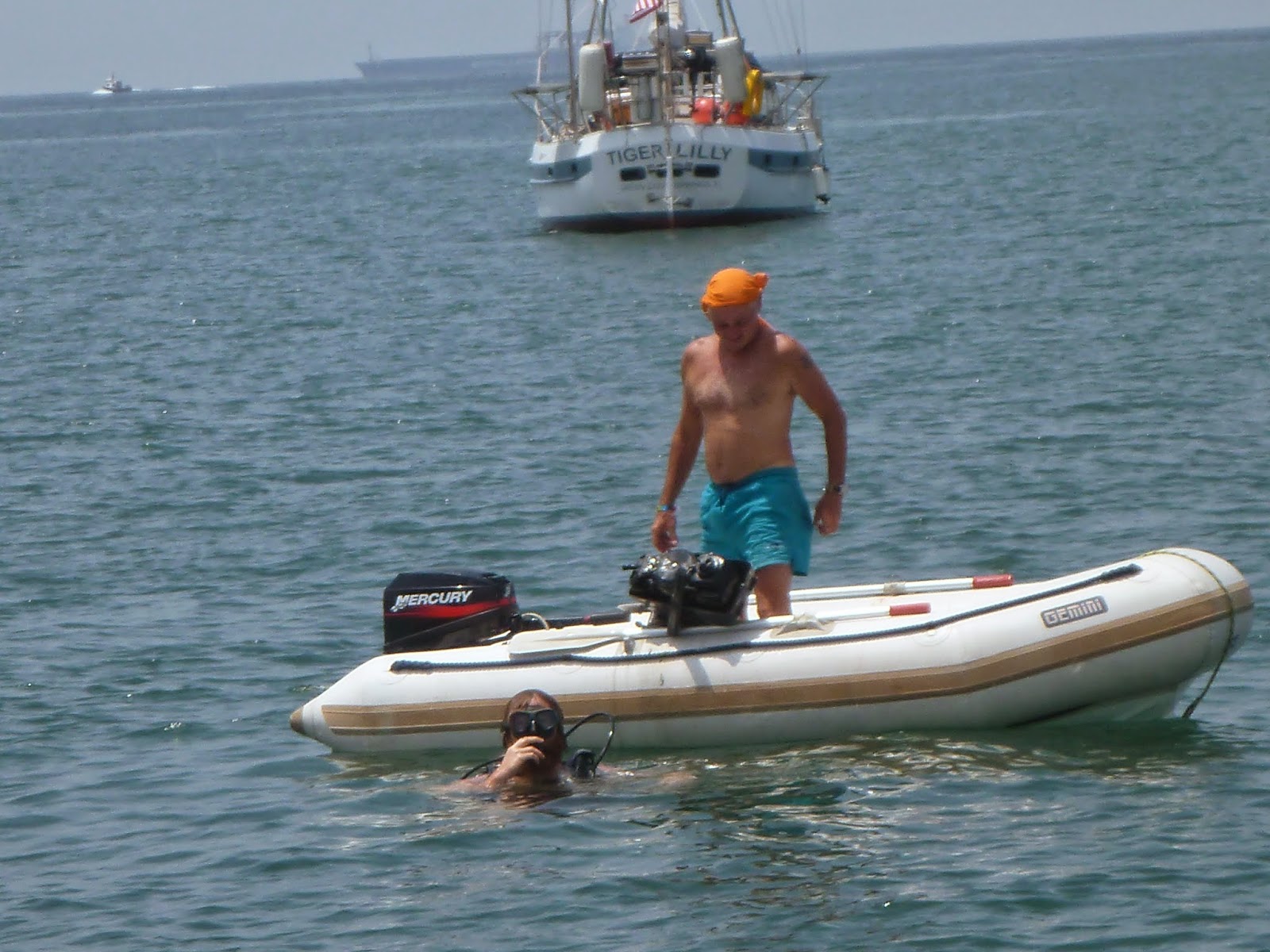 I'd had enough of being the captain for a bit.
So I was very excited when finally the day arrived for the real captain to be set free
Because he'd been admitted to hospital for too long, his mouldy clothes had to be thrown away and he ended up leaving the hospital in true style. 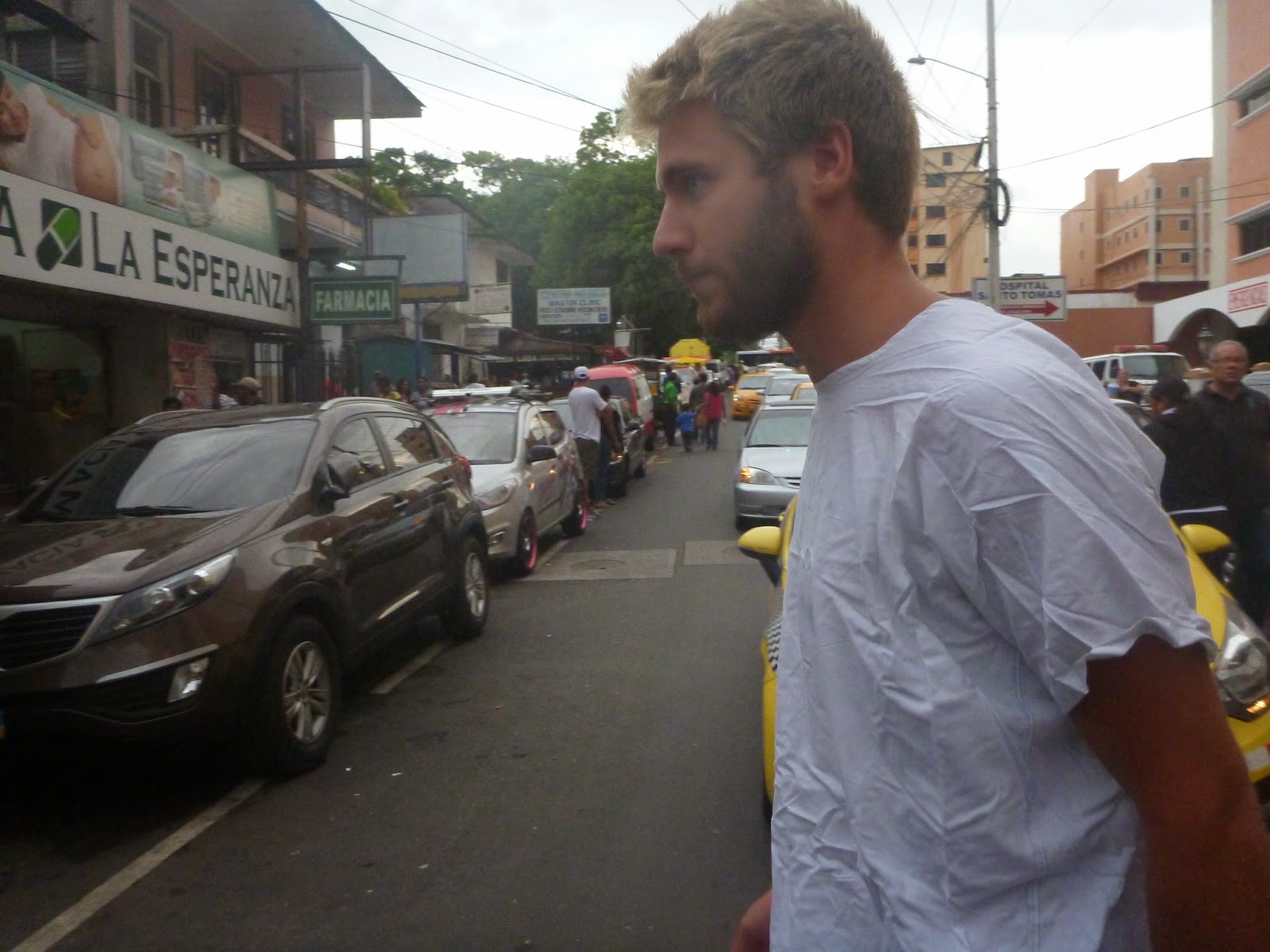 With a crew of four on our 27 foot Albin Vega, we finally set sail. Tonight.
[As soon as this blog is done.]
Next stop Equador, let's hope it's full of only the good sort of excitement.


And the bear too of course, only he was too busy hanging out underneath everyone else's stuff to make an appearance for the photographs. 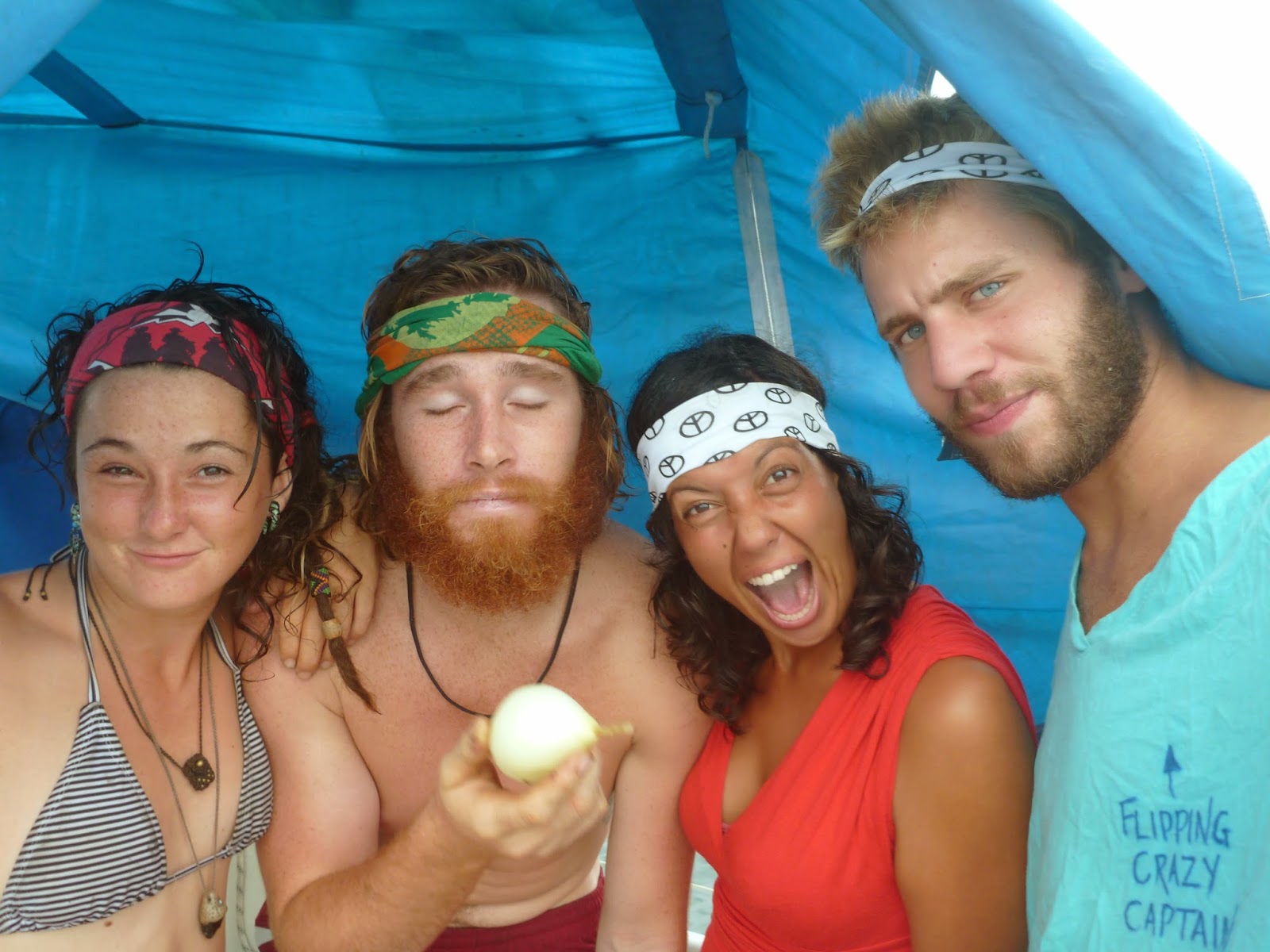 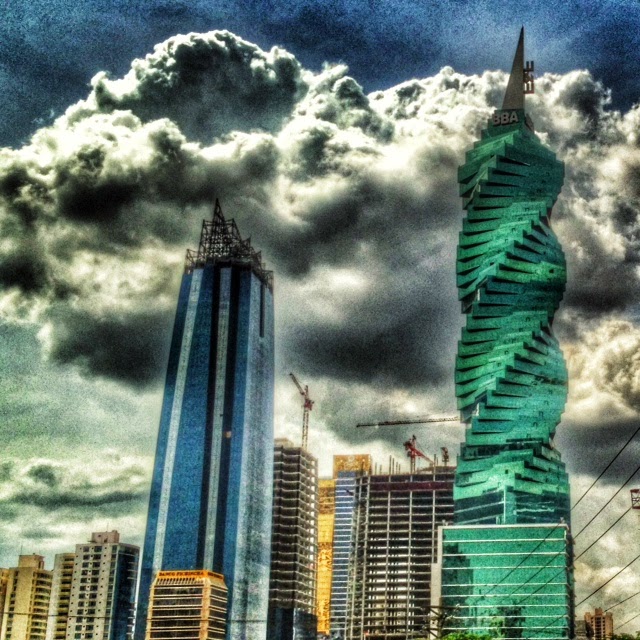