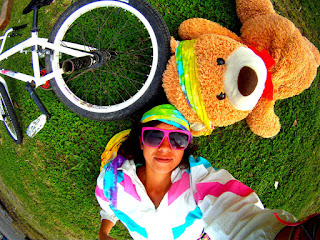 You know how sometimes everything just aligns...
You need exercise...
You need warmer weather...
You need purpose...
You need less shoes in your life...
You need a new challenge...
...And then BAMM!!!!!
Just like that you're barefoot cycling 2700+ km with your ginormous teddy up the East Coast of Australia for a freaking awesome charity.


THE ROUTE
Seeing as I've never been there, and because it's substantially warmer up that way, I decided I'd go to Cairns. Seeing as I don't have a car, I  don't fly, and I'm not particularly fond of public transport, I decided I'd cycle - What better way to emerge myself in the hidden beauties of middle of nowhere Australia??

THE CHARITY
I was lucky enough to stumble upon these guys; their cause, philosophy and mission lined up pretty well with what I was setting out to do...
BIKES 4 LIFE is one of those proactive charities that's saving, transforming and improving lives with the simple gift of a bicycle.
Located in Melbourne, Sydney, and Brisbane; they're a colourful group of legends collecting, restoring, and recycling old bikes for underprivileged communities around the world.
In remote communities, a bicycle is not only a means of transport to places of employment and education, but it also provides many with access to food, water, medicine and shelter.
One bicycle can support social rehabilitation and economic change and it is Bikes 4 Life's mission to get bicycles to some of the most marginalised and impoverished communities around the world.
To find out more // get involved // donate visit www.bikes4life.com.au

THE BIKE
Ninja (as I named him yesterday) is a beautifully recycled Bikes 4 Life Giant.
He's fully equipped with all the mods and cons like brakes, gears, and 2 wheels.
I don't know very much about bikes (I'm not a cyclist), but I know that he has what it takes to get me to Cairns... I just hope I have the stamina to match. 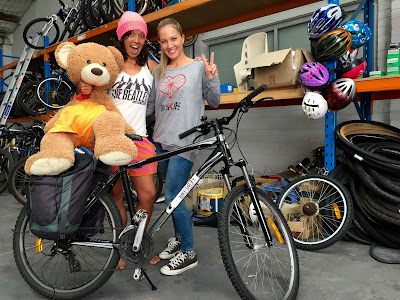 THE BEAR
The bear (or "Teddy Teddison" as stated in his passport) was given to me as a gift when I left Australia back in 2011.
The challenge was to carry him for a month  - I ended up lugging him around for three and a half years and he has recently completed his first circumnavigation.
He weighs in at just over 2 kg and has generally been quite a burden to bear; but he did save me from pirates in 2013 and he does make a reasonably comfy pillow (when he's clean-ish) 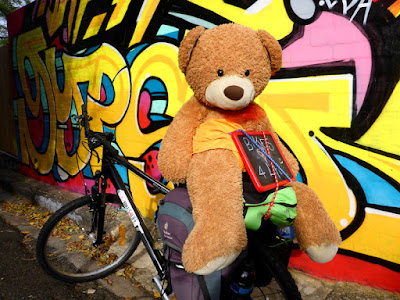 THE WARM UP
With the worst sense of direction and great aspirations, I set off from sun-shiny Sydney not too early on Tuesday morning.
I finally made my way out of the city and had a great ride exploring the beauties and smiles of the Central coast. 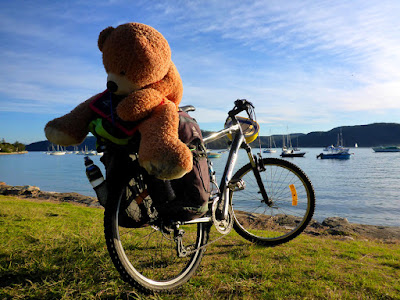 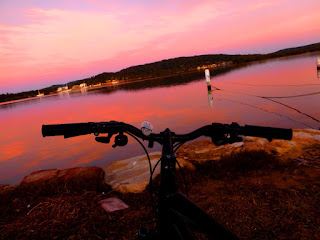 Day 2 bought with it rain 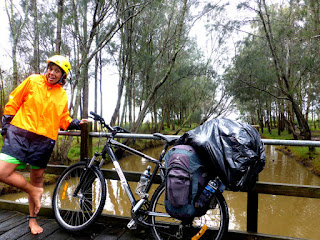 ...And Teddy's foot got stuck in the spokes...
...And what I thought was a simple flat, was a fully blown outer tyre...
But with the help of the post man, the friendly residents of The Entrance, and the old bikes left out for council clean-up; a make shift wheel was created. 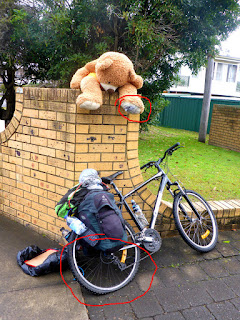 Day 3 saw the rear derailer get jammed and I was forced to do the majority of the day in one gear.
But it was good to go slow and appreciate the beauty of the Fernleigh trail. 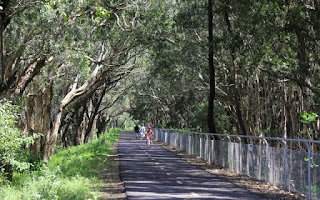 The people at Newcastle Cycle Service did an amazing repair job; which made day 4 the best ride yet, despite having 2 more flat tyres.

I made it home (Tea Gardens) yesterday afternoon and took today off to rest my tender buttocks and do real world things like coffee and laundry...
But tomorrow it begins again - and this is the real thing.
2500ish km remain and while it's a pretty long way, the further North I get, the warmer it gets and I know that I have a flipping awesome cause to keep peddling for. 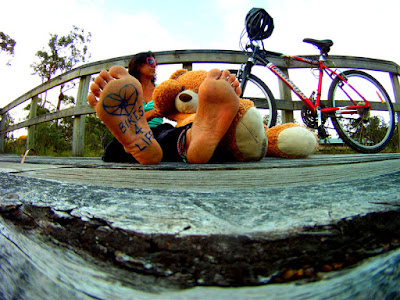