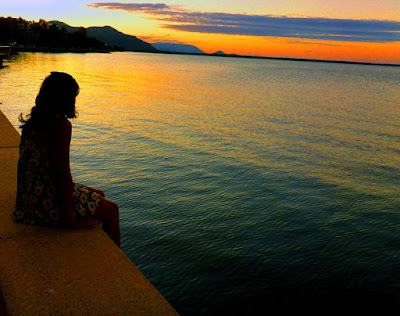 I was sat in Cairns umming and ahhhing about what to do with my post-cycle life.
Five months remained on my Australian visa and it's a massive country with endless possibilities...
But deep inside I knew there was no place like [make-shift] home...
...Learning to walk again was much harder than I had imagined. It's amazing how much your muscles change during 2 months on a bicycle.
Fortunately I had a bit of time for my body to acclimatize before heading back to work. And what better way to readjust to normality than a 2400 km hitch hike?
It took me three rides (300 km of which I had a massive [cute] dog, Max, sat on my lap) to get back to these legends in Townsville. And with virtually no notice, they were happy (or at least pretended to be) to put me up in the camper van that was abandoned on their lawn all those years ago. 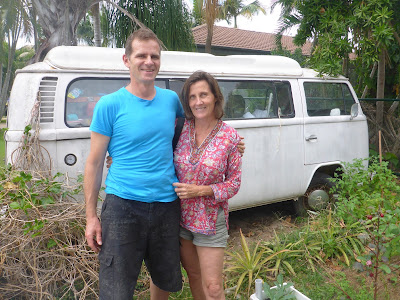 After dropping the 3 kids off at their 3 different schools, they dropped me on the highway so I could continue my quest home.
Despite having had bad experiences hitch-hiking inland Australia before, I decided I'd grown wiser and would give the inland route another go.
The first car that pulled over made me jump into the driver's seat as we sped towards Charter's Towers. After a beer at the pub another car drove me to the fork in the road where I waited some time for traffic going the right way.
I eventually met a friendly wanderer who offered me a ride to Tawoomba. He was great for the first few kilometers and we had a very intense discussion about the human race and how we had all let him down (apart from the son he wasn't allowed to see) and then he cracked open a bourbon. And another. He was friendly enough to offer me one too - but still buzzing from the morning beer, I declined.
When he asked me to pass him a third, I gave him the "what on earth are you doing?" look.
He promised it was his last.
There was a pause in the drinking.
Then he resumed.
By this point I was over 100 km from anything on a 40 something degree day riding through the middle of the outback.
On bourbon the 7th he finally pulled over - down a massive bank and behind a scarce patch of trees.
I'm not going to lie, I was poo-ing myself!
He mumbled something, stepped out of the vehicle, and wondered off.
I sat pondering whether to make a run for it or to hold too.
A distant buzzing that sounded very much like a chain saw filled the air, and that's when I thought about stealing the car.
He'd taken the keys.
I found my knife and sat praying wondering what to do next.
How far was the next petrol station?
How long till the next car passed?

It felt like hours before he returned and opened the back of his pick-up.
I watched petrified and only breathed again when he simply retrieved a pair of shorts.
He'd shat himself.

He left again.
The chainsaw again (which must have, in retrospect, been an electric fence)
Forever again.

He reopened the back and pulled out a jerry can.
He drenched his shorts in diesel and left them burning on the road as we ramped up the escarpment and back on our way.
I was speechless after that little ordeal.
I was glad to still be alive.

The happiest thing I'd ever seen was a fuel stop on the side of the road.
I asked to stop for the bathroom and proceeded to remove all my belongings at the same time and bid him farewell.
He looked confused.
"I don't drive with drunks"

I found the bathroom and breathed a little before I sat down to a servo pie.
(I'd survived so much already that day - I was probably chancing my luck on the pie)
While I munched away, a man on a motorbike wondered over and asked me what I was doing in the middle of nowhere.
"You walking?"
""Hitching"
"Well you ain't going to get a ride from here, truckies never stop here"

He had barely finished his sentence when a truck pulled in.
The driver walked straight towards the store.
"I suppose you're heading north?"
"South actually" I replied

And minutes later I was on my way again with the friendly trucker who'd been thrown off his normal route due to a break down the previous day.
I was his first ever hitch hiker.
I made another 437 kilometers and hopped off in Emerald where I spent the night under a bridge. 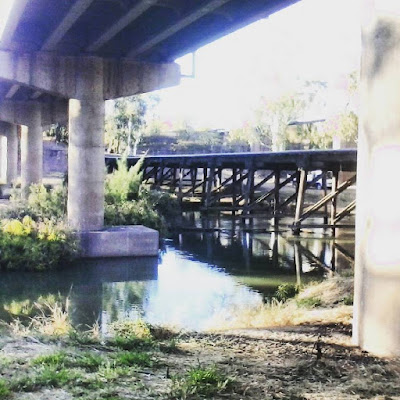 It took me forever to make any real progress on day three, and then, stood at yet another lonely fuel stop, a police officer wondered over (even though I was pretending to not be hitch hiking at the time - I'm not sure which states it's illegal in) and offered me a ride when he'd finished his RBT shift.
I knew my luck was changing.
He'd just driven away when a truck picked me up.
Kiwi Ian was headed for Sydney.
He was a good laugh and a great philosopher as we crossed the Queensland border and set up camp for the night.
While I slept the freezing dawn away he made pancakes and bacon and what a pleasant surprise it was as I stumbled out of my tent at 6 am! 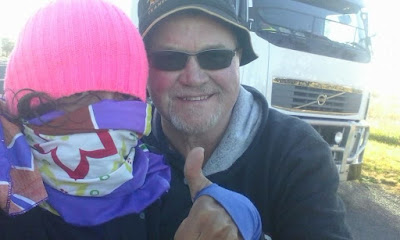 A hundred kilometers further down the road, I hopped on out laden with bananas and fruits from his freight.
It didn't take long before I was in another truck sat patiently waiting for the driver to receive a phone call to find out whether or not we had to pick up a load or not...
We drove 90 kilometers back in the direction I'd just come from to fill up the tanks with grain and then the journey resumed.

Dale was a good egg too:
He stopped off to show me the random sights he'd always wanted to check out, but never had reason to and to quote him:
"You're being cheuffer driven in a multi million dollar vehicle that's way bigger than a limo, all the way home." 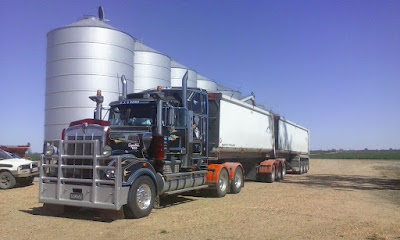 12 hitch hikes, 39 and a half hours, 2490 kilometers later, I finally made it home to the beautiful shores of Port Stephens. 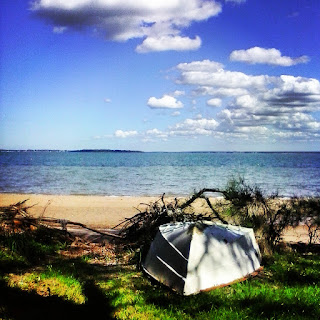 Back to the beach and the coffee I know. 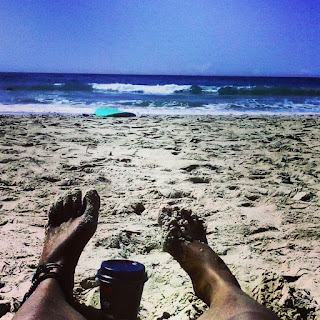 And back to this lot. 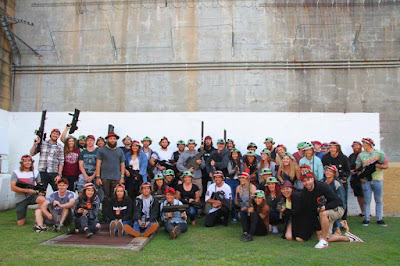 Four days later I had massive withdrawl symptoms so I bought a bike.
As much as I love hitching, it's nice to have my own wheels and not have to rely on anyone else and that's why I called him "Transport."
He's going to take me everywhere. 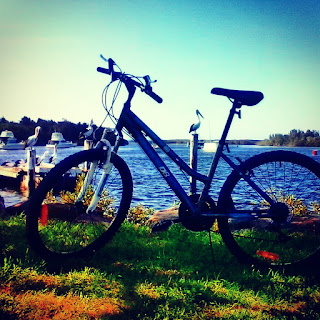