The purple seas swarmed rigorously about me as I tried in desperation to locate south and; more importantly, the captain. Clearly the breathing of fresh Southern hemisphere air was too much for him to handle, and, only a few feet before the equator, he’d hurled himself mercilessly over the railings and into the ocean depths. In an attempt to save the sharks his indigestion, I’d leapt overboard too.

The swells were bigger than they’d looked from the deck, but there, in the distance glistened what could only be his beardfulness (or I suppose, a very large, hairy fish). Eventually Fiddler returned to rescue us – but Kirk’s craziness had contaminated all the crew and now everyone wanted to swim the equator, so we about shipped and crossed the line again; his time doing it the same way we came into the world (lucky none of us drifted far out to sea – if we did happen to be rescued by a passing vessel, it would have taken a lot of explaining and I don’t speak Indonisian, Malay, or Chinese - yet). 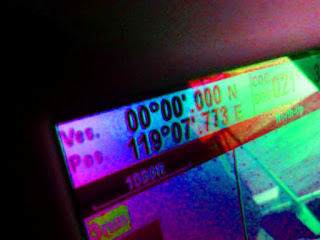 With the northern hemispherian crew making their first entry into my world, it’s almost understandable that they should think wearing underwear on the outside appropriate. They seemed to think everything would be wrong way up in the South. So much they have to learn; in the South the air is sweeter and the beer is crispier, people smile wider; the world is just about as it should be. 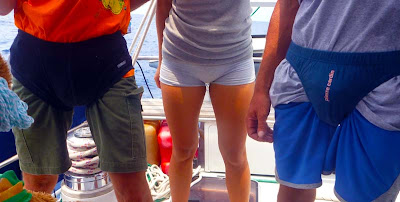 It’s been a long run too – all the way around Sabah (Borneo) to , and then back East - around the tip and 928.8 Nautical miles (164.5 hours of sailing; 29 vomits) later, we entered . We stopped off to pick up Memo, our newest crew member, and to explore remote islands and jelly fish lakes and the unfathomable beauties of the ocean depths before carrying on South for the equator.


The North didn’t let us go easily either. First the pulleys that held our dingy up gave in and we almost had what would have been a very unfortunate loss. Then our main sail ripped and we lost the first two reefs leaving us with only half a sail. To add to the trauma of our final day as northerners, the toilet paper took a dive in the sink – oh, the distress!
The past week’s added another 645+ miles to our journey and thrown us soley to the mercies of the ocean. We ran out of bread - we learned to make our own. We ran out of fruit – we resorted to scurvy stopping vitamin C tablets and popcorn (yes, it’s a fruit). We ran out of contact with the outside world – we learned to survive without Wikipedia, facebook and all other human interactions.

It’s a very simple life out here – a life of freedom and subsistence.. Sunshine and storms. Winds in every wrong direction and sometimes none at all (at which point you drift in the currents, normally backwards). 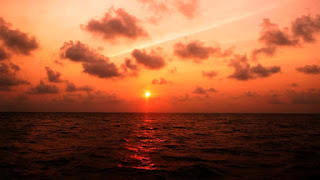 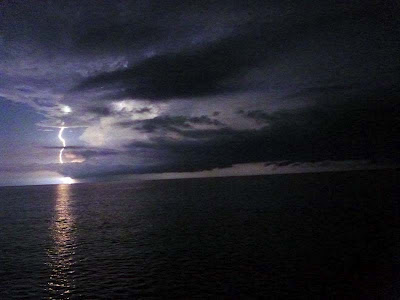 We’ve just arrived in Makassar () to restock supplies and extend visas. Soon I’ll be attempting my first steps back onto solid land – there’ll be real humans again – I wonder if I remember how to pretend to be civalised? (Wow, I can’t even remember how to spell the word). The thing that scares me the most however is the land sickness. Ten days at sea – my longest stretch yet - and this is just the prelude to the one month ocean crossing that lies ahead.

It’s good to be back in the home hemisphere and homeward bound at last.
at 2:29 PM