The Other Side of the World

“Wow, six months at sea; didn’t you get bored?” – A question I’m asked all too frequently… and every time I think about it carefully and say “Well, no.” And then they always ask “So what did you do in all that time?” and I genuinely don’t really have an answer. This time I’ve paid attention…

So, obviously one ocean crossing is not quite enough, and that’s why I opted to cross the Atlantic too. Sunshine, warm waters, stars, phosphorescence, and sunsets… I missed the simplicity that life on the Indian Ocean had held; but the Atlantic: Blymey it’s cold!!!!!!!!

Thinking back, I remember wearing a jersey no more than 4 or 5 times in 6 months… Since Cape Town I’ve had no less than three layers on my bottom half and six on the top, three on my head and constantly socks on my feet – I was even willing to compromise my standards and wear shoes, but I didn’t bring any…

Sunsets, sunrises, and the stars have been censored by rain clouds, and while the waters are a staggering 6 degrees warmer than they were in Cape Town, they’re still icy. And this is meant to be the tropics?? Needless to say we’ve consulted the chart plotter and our maps on several occasions, just to make sure we are in fact heading away from the Antarctic. We are.

It’s not all bad though – we’ve had a plethora of whales and dolphins and seals and coffee and good food (not all to eat) and that’s almost made up for the temperatures – but I really have had enough of the shivering already… In fact, being the optimist that I am, I assured the crew that good weather was only a day away. I have officially received another verbal warning (bringing the total to 9) after falsely getting the crew’s hopes up. 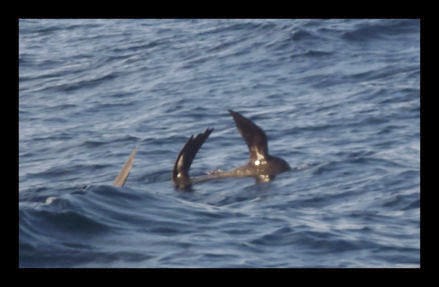 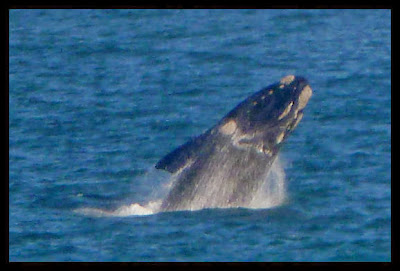 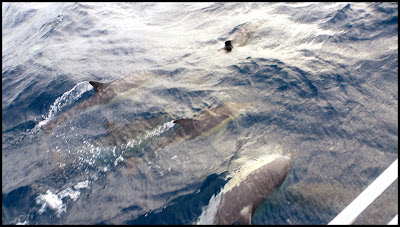 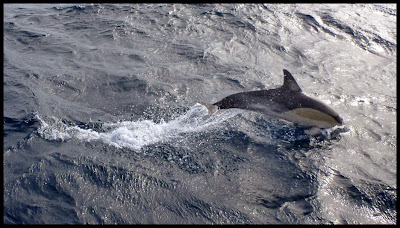 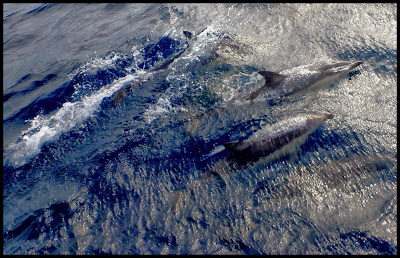 Anyway, back to the question; what do we do all day? It’s easy – between the morning and afternoon naps, morning and afternoon teas; breakfast, lunches and dinners, as well as the normal evening snooze, and our allocated watch times (which do get quite stressful at times, on Wednesday – for instance - we narrowly missed hitting a ship by 92.3 nautical miles – 170.775km) and adjusting the sails (every 3 or 4 days, if we have to)… there really isn’t nearly enough time for reading and writing and contemplating life and talking and well, how could we possibly get bored? Di spends some of her spare time being sea sick, Simon’s spent four days trying to catch a fish, and the captain spends his spare time working out how to legally bi-pas the now illegalness of keel-hauling.

We crossed the Prime Meridian (Longitude 00’00.00) in the early hours of Tuesday morning and now officially find ourselves on the other side of the world (The Western Hemisphere). But none of us are particularly impressed quite yet – there seems to be an excessive amount of lurky gray sky and water and not a lot else. To quote the crew: “Next time you want to complain about Cape Town’s weather, jut think about the poor buggers in the tropics.”

After 230 hours and 47 minutes, 1750 miles at sea, we finally find ourselves back on solid ground in Saint Helena; a third(ish) of the way to the Carribean. I’m proud to announce there have still been no fatalities on board.