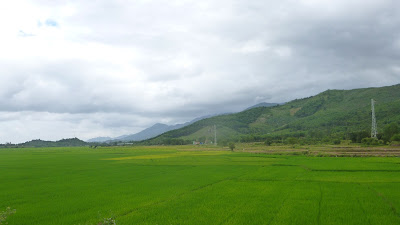 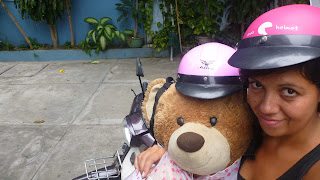 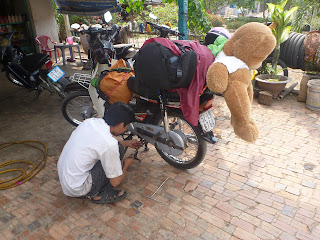 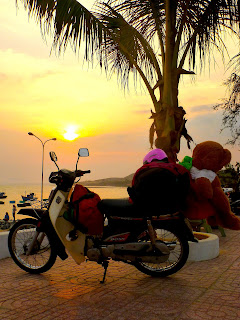 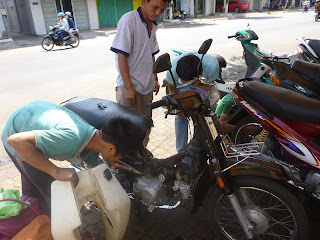 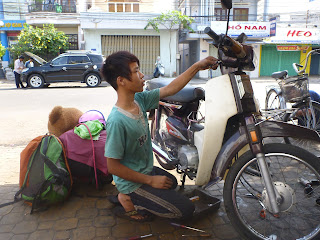 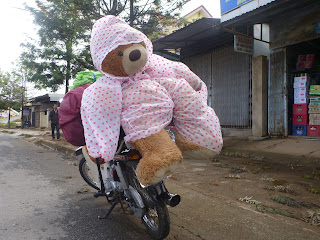 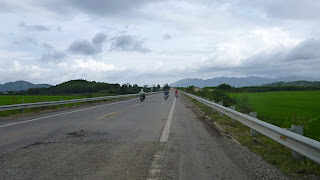 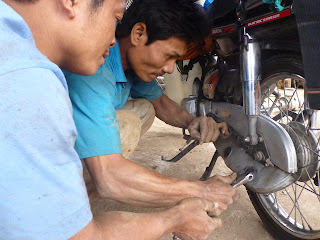 I’m still not sure whether my tyre problem’s have been solved – but I’ve decided to crash in Bong Son for the night in a hotel that also sells coffins (no jokes). There’s no English, no wifi, and I’m pretty sure there’s no house keeping either… but that’s okay, because if I don’t get eaten alive by the bed bugs and if my bikes alright in the morning (assuming it doesn’t get “borrowed” in the night) then I’ll actually get to post this and we can all have a good cup of coffee to celebrate aliveness!
Now this might all sound pretty pessimistic, but I’d do it all again if I had the option – this picturesque country was made for the motorbike!!! Tomorrow starts a new day and I’m hoping a good night’s sleep will mark the end of my worries!
Most people just take the bus… I can understand why.
at 2:25 PM No comments: