Return of the Gypsy

Yes, it’ the sequel… It’s time to finish what was started…My old friend, Unemployment, has returned to me and it’s now or never (so obviously it’s now).

Back in 2010, when my Soccer World Cup contract had me forced to watch all 64 games (and I don’t like soccer all that much), I tried to keep it interesting- I said (and I am a woman of my word) “I’ll start in Australia (because there was no possible way they would win) and travel over land and sea to whatever country wins the World Cup.”

In 2010 I flew to Perth, Australia, and the journey began. I hitched, I cycled, I acquired a giant teddy bear, I motor biked, I hiked, I constructed a boat – shipwrecked – swam, stowed away on a freight ship, sailed, and then in December last year I found myself back where I started; washed up on South African soil.

Because I’m only a Part Time Professional Gypsy (PTPG), I took on the first real job of my life managing an adventure park (www.acrobranch.co.za – you should visit it) and then on Sunday, I handed over my responsibilities, left my amazing team behind, and officially resumed my mission.

I’ve packed up my life, said some goodbyes, had a most amazing Braai Day in Summerset West, and tonight I jump on a bus to Port Elizabeth where I hop on a yacht with a bunch of 60 year olds I’ve never met...
Their destination: Spain. 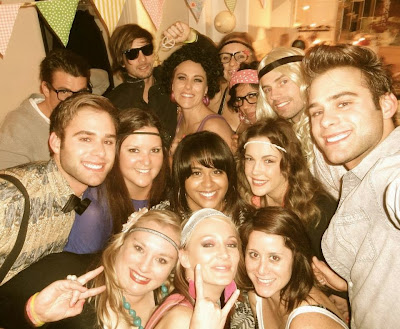 Tonight I become a gypsy again. Tomorrow I meet my crew and remember how bad sea sickness is. By December this mission may be complete… but whatever happens, it’s time to lick, live and be awesome! I hope you're doing likewise!
at 2:18 PM No comments:

Life is full of interesting problems. Theft, murder, speedos, unemployment, poverty, delusions of grandeur, schizophrenia, bad taste in clothing, cockroaches, the list goes on and on… But I think I have found the answer to all of them....Maybe...


The carpets were still soaked, so after a few days of [unsuccessfully] wishing them dry, I got newspaper. The smell worsened. By the weekend the house was so damp and the smell so rank that I was beginning to think I might have health officials notified. As I lay awake at night trying to absolve the billions of other problems the week from hell had bought with it, solutions started forming in my mind. I "awoke" from a sleepless night, walked to the shops and bought 2kg of rice, 1kg of salt and a diarrhea-worthy load of paper towels!

I coated my brothers room in salt, Daisy's room in paper towels covered by magazines and books and most of the house's furniture, and my room (the lounge) was treated to a happy dosage of tastic brown rice.

Life's other problems got worse, but the house started smelling better by the day. A week later (Monday), I finally got around to seeing the results of my efforts. I started by lifting up the books and furniture and paper towels.... and then clearing up the salt and then the rice (which practically formed a ready made meal after a week of soaking)...Amazingly they all worked. And the house was as good as new (and cleaner too).

The small successes of the rice, salt and paper towels gave me the ummmmph I needed to start tackling other battles creatively (it's been a bit of poo year really) but you know what? Life really is good! - Just look at the amazing people you have around you and you'll know how lucky you are!

I'm not sure what you're struggling with at the moment, but I promise you that there is a solution. They say that time heals all things; but I think what you really need is some creativity [and a hug/ lick/ bowl of rice wine] and the eradication of the speedo.