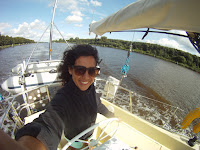 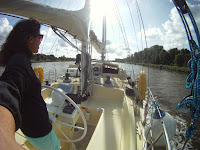 I am the first to admit that I fail to adult.
And proud of it.

Every time I begin the job hunt or prepare to "settle down", I get whisked away on magical adventures to far away places I have never heard of (I never paid much attention in Geography)
by means I never dreamed I would dabble with.
(No, even though I fall into adventures seemingly elegantly, none of this was planned).

And that's why I found myself back in Sweden.
Neptune knew I was seeking gainful employment, and instead he threw this at me: 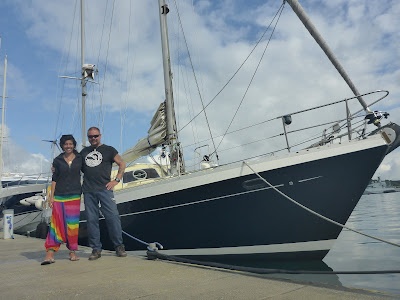 The beautiful Eilean of Rue.
She needed help relocating...

Now, for all of you who have never sailed and don't have salt pumping through your veins,
you have to realize that this passionate love of the ocean is not a choice, it's a disease:
That feel of the breeze on your face as your hair knots with joy.
Your heart races as you heel to the side, holding on as you slice through the water carried only on whispers of wind - across bays, across oceans, across the world...
It's the simplest existence.
It's mesmerizing.
It's a drug.
Once you have tasted it, you have to have more. 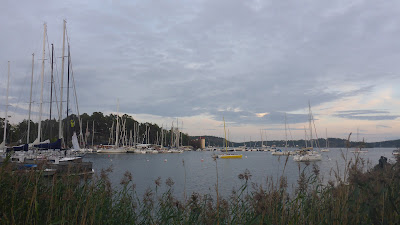 And so, only hours after arriving in Stockholm, we set the sails, and were off.
Fortunately there were sights to see even at sea: 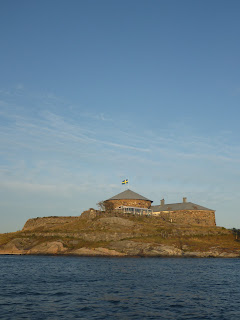 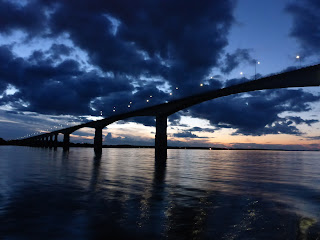 We sailed night and day. Day and night.
And didn't stop till the very tip of Sweden to shelter from a passing storm.
(it generally is so very much nicer being in a safe harbour when a storm strikes). 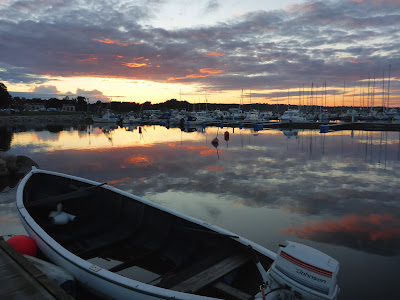 After a few hours rest (and a shower) we continued. 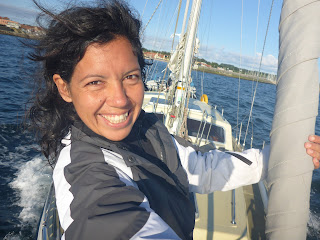 We dodged tankers and cargo boats and tall ships and wind farms as we sailed around Denmark and into Germany.
I didn't know what traffic was until we reached the Kiel canal:


There were so many boats and so much wind that we needed a break and a beer and tied up in Rensburg.

Rensburg is a strange place.


The Kiel canal spat us out into the most spectacular sunset as we rounded the German bite into the Northern sea. 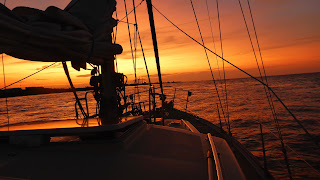 The sun came out and the seas calmed.
We sailed past the Netherlands and Belgium and France.
This, my friends, is what we call the high life!
(Although European summer really ought to be much warmer) 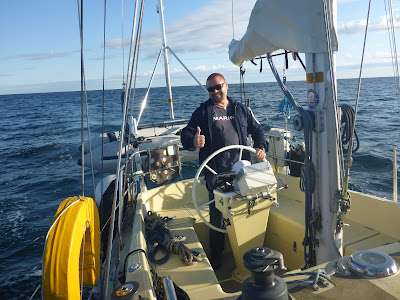 After surviving rush hour in the English channel (even those crazy swimmers were out)
the fog descended and the UK disappeared as we followed her shores.
Surreal eerieness as the sea became the sky.
We drifted. 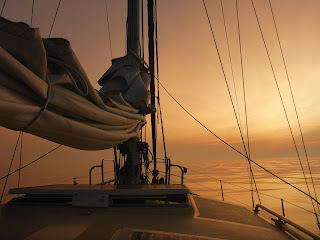 With fuel levels critical, we were forced to sail into Falmouth.
But tacking your way through boats and buoys has its own set of joys.


All too suddenly, the adventure came to an end.
And while it's always horrible to end one epic (especially a boaty one)
you have to walk away from one journey to begin another. 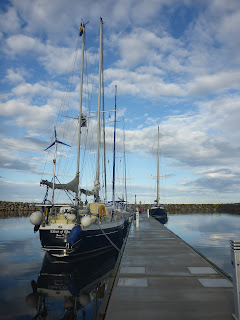