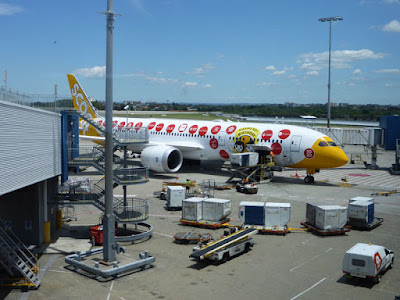 I sat in the sky thinking how it was possibly time to get some vengence on the pigeons... I mean, from way up here, I could probably shit on their heads for a change.... But really I was probably just trying to find distraction from the flight...
Things weren't looking too good either - I'd bought a salad in the airport (because apparently airplane food isn't that good) and had just cracked it open when an announcement bounced around the cabin  "No outside food or drinks are to be consumed on the flight." ... I snuck nibbles of it anyway - but I've never felt so guilty eating a salad!!! 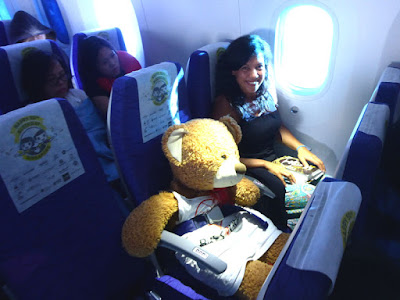 The nice gentleman next to me was kind enough to help distract the stewardesses too and a great source of in flight entertainment to the point that I didn't even realise we'd touched down.
I was feeling pretty smug stepping off the plane - knowing for a change where I was going and where we'd be sleeping that night. In fact I'd even watched the YouTube clip (http://youtu.be/ooIq3QNZMg4) to see exactly how to get to my hostel from the airport and it was just as easy as it had seemed although they forgot to mention that we'd be doing it in the heat....
Yes, welcome to Singapore, where it's a sunny 31 degrees - day or night, rain or shine and always 80% humidity. I'd sweated so much getting to the hostel that I didn't need a shower.
The Beary Best Hostel was a good find -  just the right mix of phenomenal human specimens and a plethora of stuffed toys to make Teddy feel quite at home. In fact, as I'd lugged him down the street from the Chinatown MRT station, people had kept on pointing us in the right direction. And then there were things like free breakfast and air con and seriously comfy beds and well, I knew I was in good hands for the next few days. 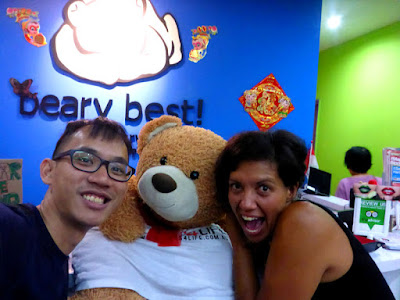 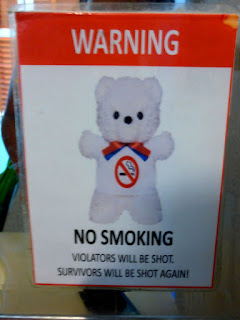 I'd only once briefly touched down in Singapore before and I'd spent all my time photographing the don't signs. This time was different - this time I was out to push the limits. I went barefoot when it wasn't allowed; I licked statues labeled "Do not touch"; I even went as far as doing the forbidden act of chewing gum... yes that's right, this Gypsy lives dangerously! 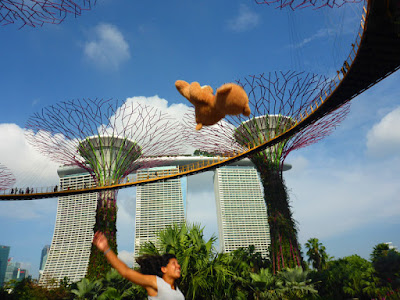 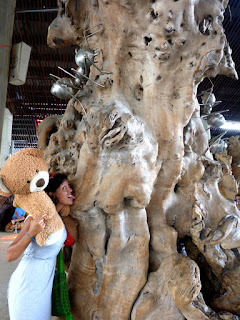 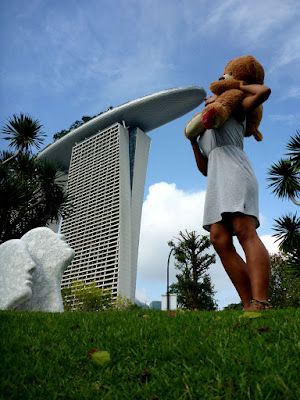 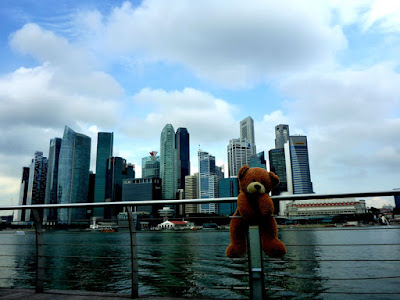 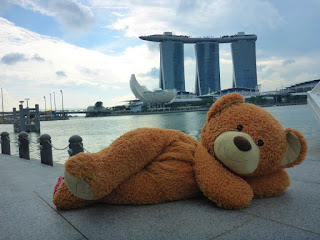 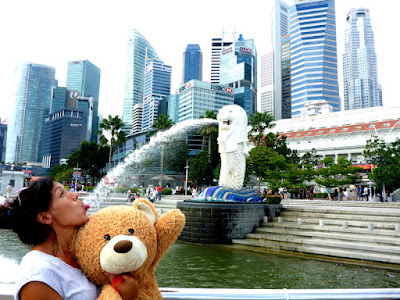 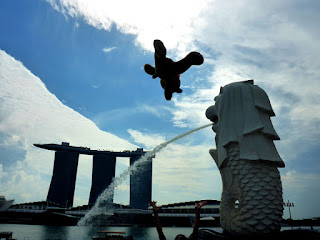 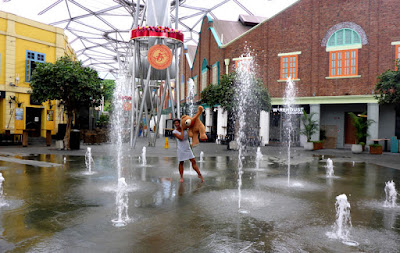 The city didn't fail to impress, and when I'd had enough of buildings and mind-blowing architecture, there was the Botanical Gardens and Orchid sanctuary and a long bike ride down the East Coast Pathway and and and...  they really do do things properly in Singapore! 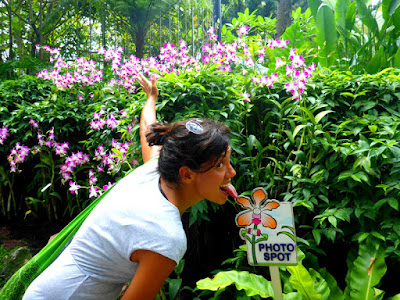 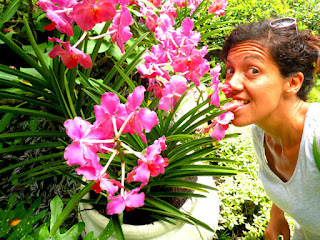 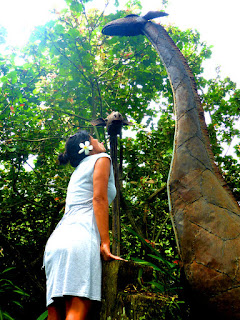 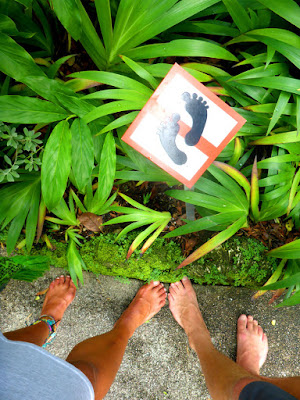 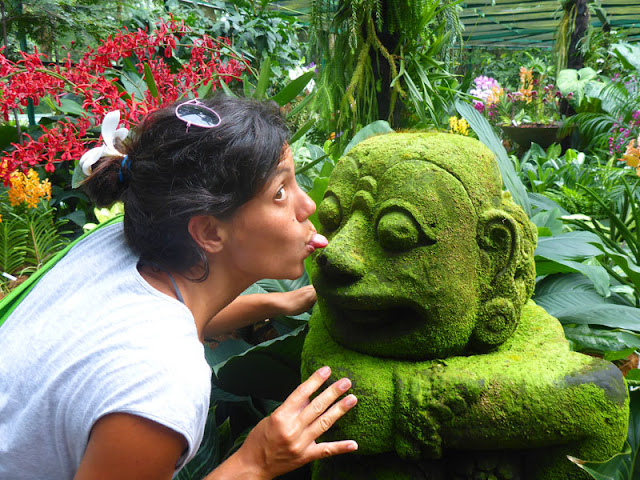 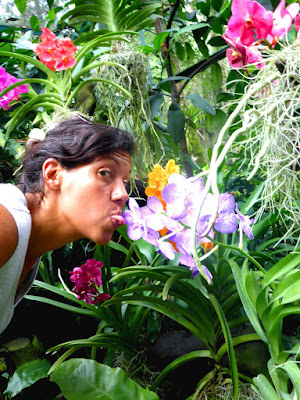 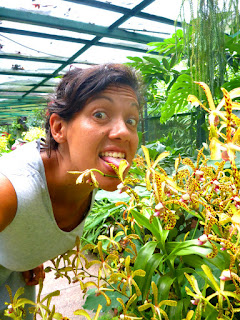 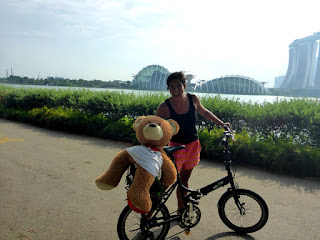 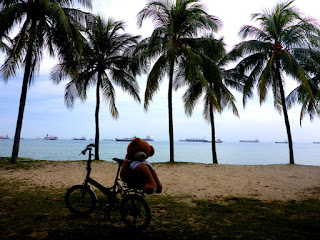 New friends were made, and old friends were reunited with and for a person who doesn't like cities, I think Singapore surprised me a lot!
The only thing I failed to do, yet again, was to lick the president. 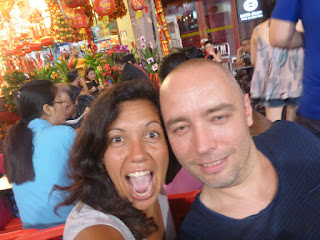 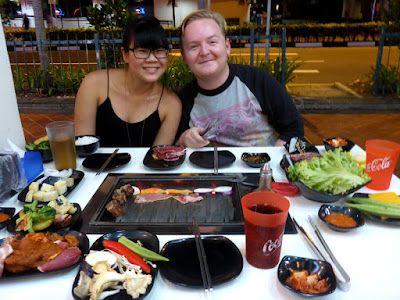 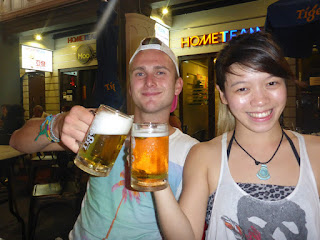